Sturm Battalion Charlemagne was able to hold off the first Russian attack on the second defense line but the units to either side were forced back, leaving the French flank exposed. The Red Army took advantage of this turn of events by launching a two-pronged attack at both the front and now exposed left flank. This time the tanks stayed back outside of panzerfaust range and sent shell after shell crashing into the French troops while heavy mortar shells rained down. Using the enclosed courtyards inside the contested block the French SS were able to hold for a while. But as the Russian infantry advanced on two sides there was no choice but to fall back and straighten the lines and each step back was one step closer to final defeat.
Attacker: Russian (Elements of the 5th Shock Army)
Defender: German (SS) (Elements Sturm Battalion SS "Charlemagne") 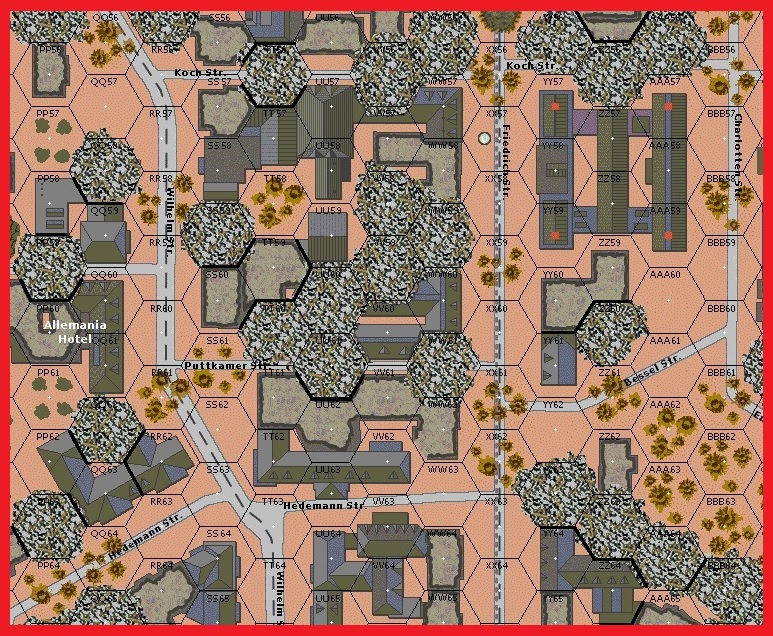 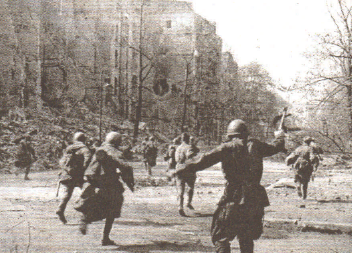