Early on the morning of 19 December, near Noville in a dense fog, advance units of the 2nd Panzer Division stumbled into elements of Combat Command B of the 10th Armored Division. After several probes, the Germans deployed to attack. As the moved out at around 10:15 AM, the fog abruptly lifted, revealing the mass of tanks and panzergrenadiers to the hodgepodge of GIs around the village. Artillery on both sides immediately opened fire.
Attacker: American (Team Desobry, 10th Armored Division, plus ad hoc elements of 158th Combat Engineer Battalion and of CCR, 9th Armored Division)
Defender: German (Panzer-Regiment 3, and of Bataillon I, Panzergrenadier-Regiment 2) 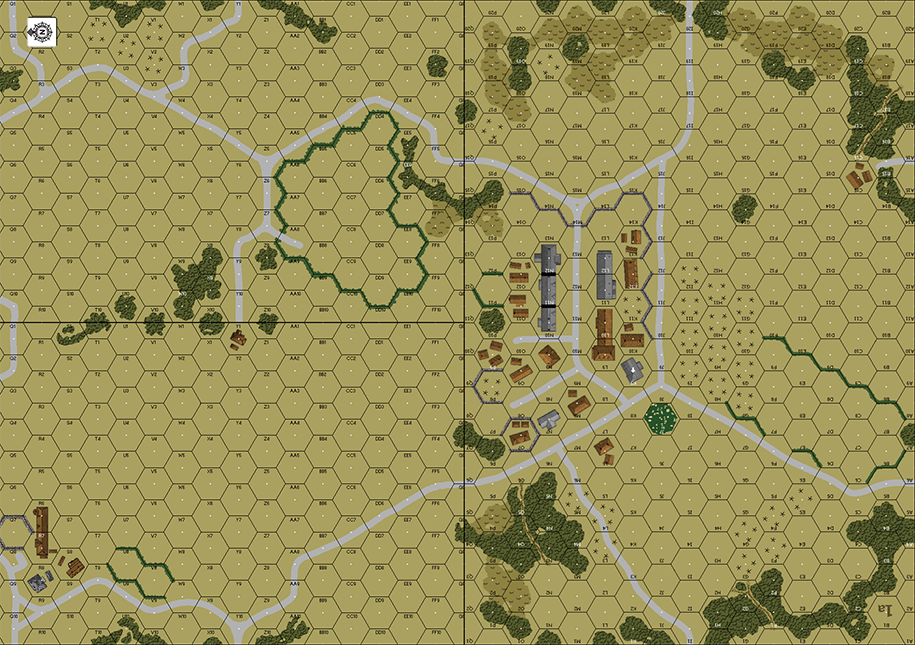