On the night of October 11th, the Russian naval detachments of the 14th Army had a 3 phased attack. The plan was to take the German strongpoint, attack the German 155mm coastal batteries from inland and knock out the German flak batteries which were positioned on a hill near the cape. Senior Lt. W.N Leonov and his 95 men were given the task of taking out the Flak batteries. With the cover of darkness and the element of surprise, his men were able to cut through the barbed wire and assault the bunkers, killing the German gun crews in hand-to-hand combat. But the night was young. Lt. Leonov's men seized the guns and prepared to defend the hill.
Attacker: German (Elements of the 6th Mountain Division)
Defender: Russian (Northern Fleet Reconnaissance Detachment) 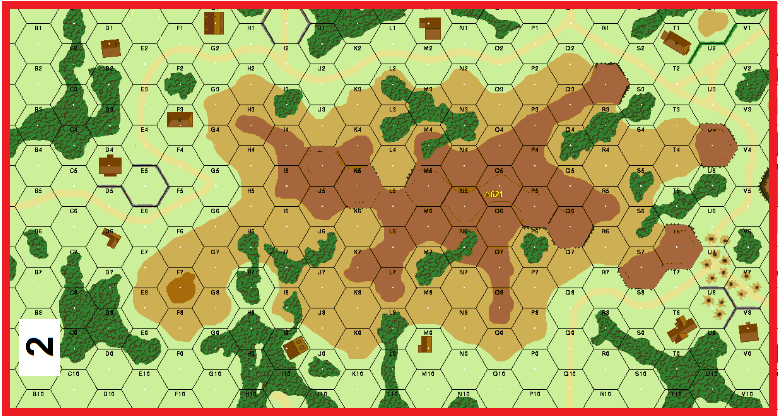