During the summer of 1944, the Karelian Front organized special purpose-forces to conduct raids against German shore installations along the northern coast of Finland. One of the units, a composite detachment of sailors and marines from the Northern fleet was tasked with preparing the area around cape Krestovyi for an invasion by 14th Army. One group was to attack the battery of 150-mm coastal guns defending the approaches, while the other led by Sr Lt. WN Leonov, was to attack the 88-mm antiaircraft battery. Hiding in the bushes nearby on Oct 11, the Soviet raiders-along with some naval artillery crews--set out on their raid at nightfall.
Attacker: Russian (Northern Fleet Reconnaissance Detachment)
Defender: German (6th Gebirgs Division) 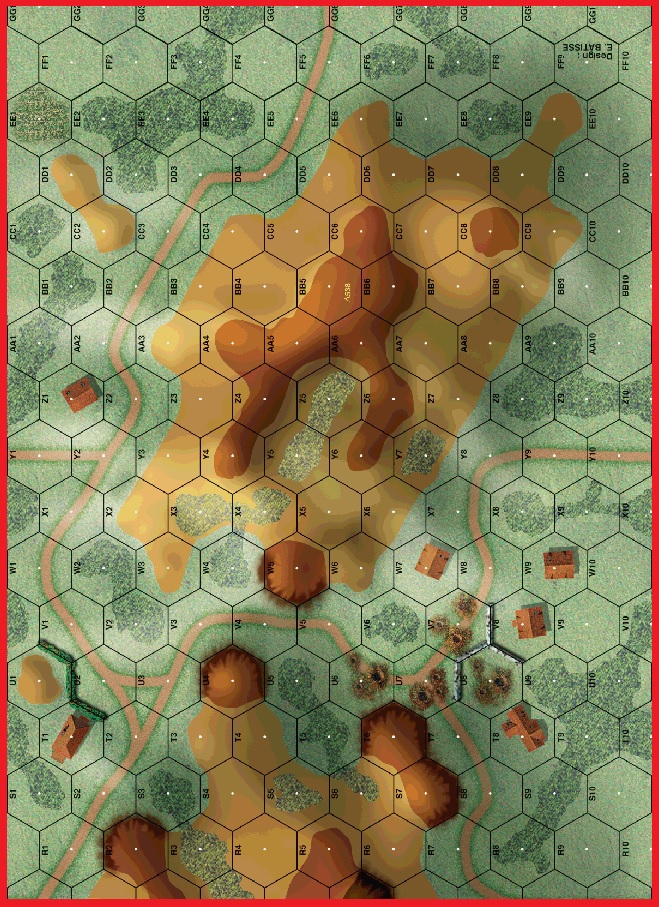 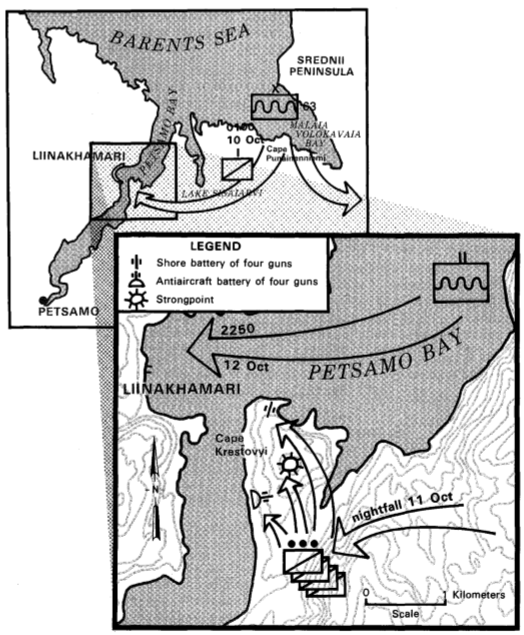