Things heated up in the Kidney Ridge sector soon after first light on 25 October. British units began to feel for German defended localities, behind the minefield outposts where Rommel hoped to destroy whatever enemy elements that succeeded in penetrating his Devil’s Garden. His first move came in the form of a successful deployment of the Pakfront. The British overnight attack at Point 33 was stopped cold when six leading Shermans were shot up by the anti-tank screen. After German command tanks probed forward at noon the whole frontage of the Kidney sector was struck with numerous, but poorly coordinated, armored attacks, mounted by 15th Panzer and the Italian Littorio Division. The last and heaviest attack was mounted with fifty-five tanks and fell upon the 9th Lancers and the Bays, the latter down to only three Shermans. . .
Attacker: British (Elements of the 7th Rifle Brigade and of the 1st Armoured Division and RAF air support)
Defender: German / Italian (Mixed elements of the 15th Panzer and Littorio Divisions) 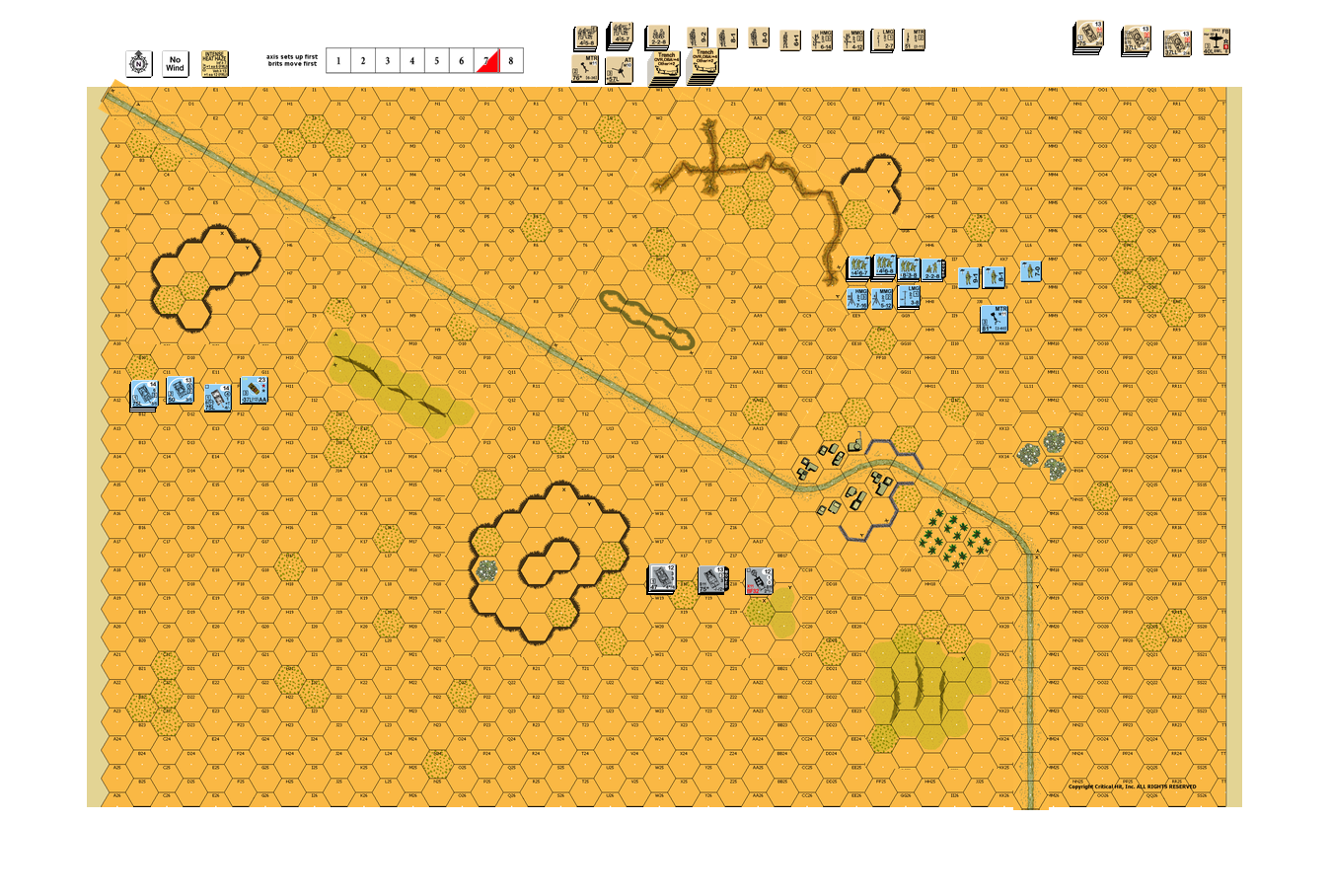 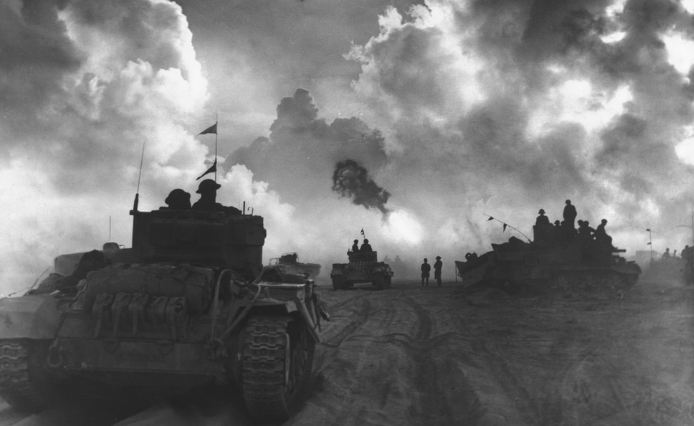 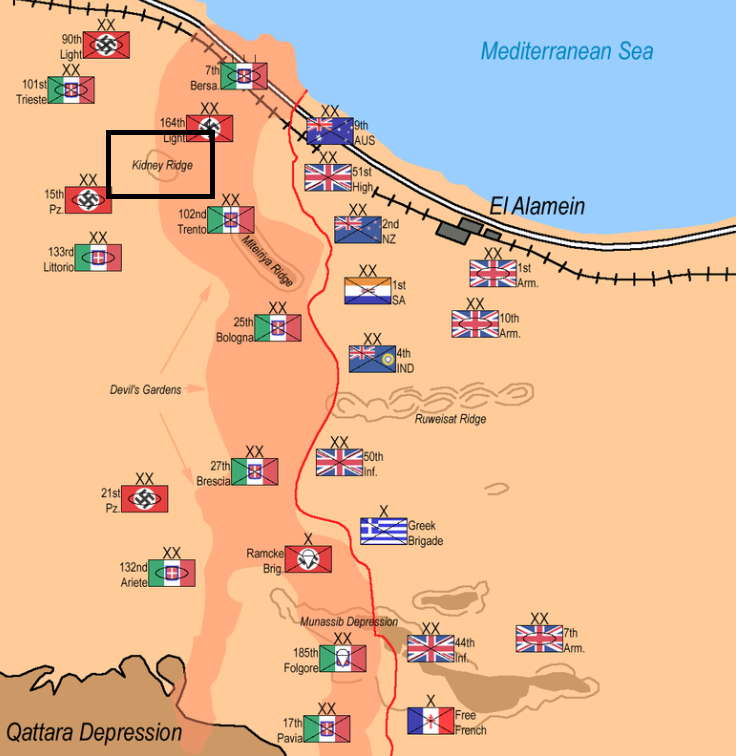