Large columns of mainly motorized formations also withdrew towards the Reich, trying to find a way through th mass of Soviet armies. They were known as 'roving cauldrons', fighting their way or slipping from one encirclement to another, cannibalizing vehicles to keep going and ruthlessly destroying guns and equipment which could no longer be used. The strongest and best known of these was based on General Nehring's Panzer Corps. Mostly moving at night, sacrificing rear guards, and at one point even driving tanks into the Plica River to prop up a crumbling bridge, they finally reached the German lines at Glogau having lost all their tanks along the way. But the situation on the Oder River was so desperate that the weary troops were ordered directly into a new attack against the Russian bridgehead at Steinau with no rest.
Attacker: German (Remnants of 16th & 17th Panzer Divisions and 342nd Infantry Division)
Defender: Russian (Elements of 3rd Tank Army) 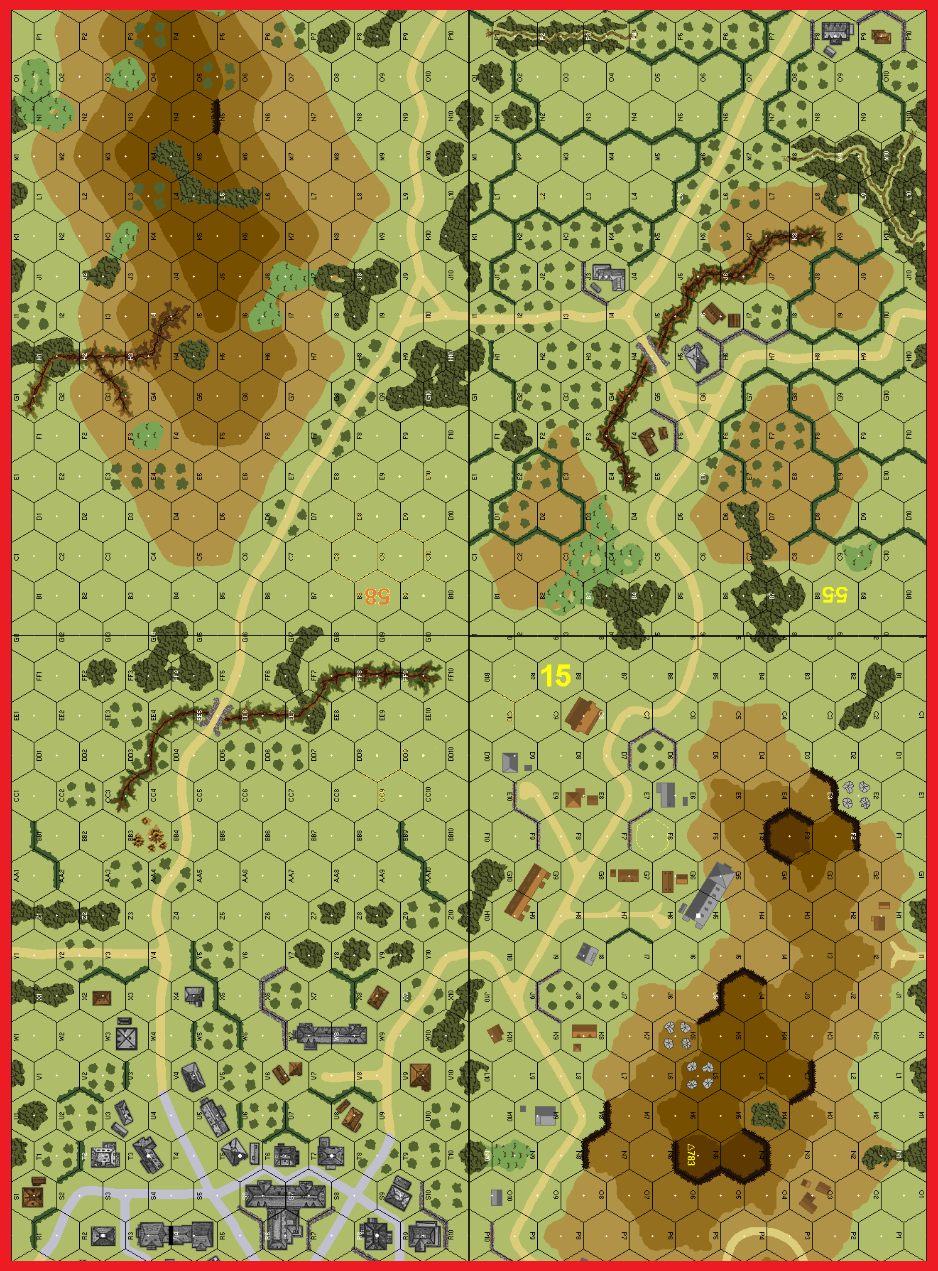