For almost a year, German and Soviet forces faced off near the Arctic Circle along a static front. Both sides engaged in probes. In one probe, white clad Russian infantry crawled forward during the long arctic night, manhandling an anti-tank gun into close proximity of the German lines, using a white sheet held aloft as camouflage. When morning arrived, the sheet was lowered and the hastily dug in gun signaled the start of the attack by pounding a bunker, blowing a hole in the roof. The well-trained and armed SS mountain troops rushed to their defensive positions when the shooting started. With their attention focused on the gun, the defenders were surprised when enemy infantry had managed to infiltrate to within a few meters of their defensive works.
Attacker: Russian (Elements of the Soviet 14th Army)
Defender: German (14th Heavy Weapons Company, 11th Regiment of 3rd Battalion, 6th SS Gebirgs Division Nord and 12th Reserve Platoon) 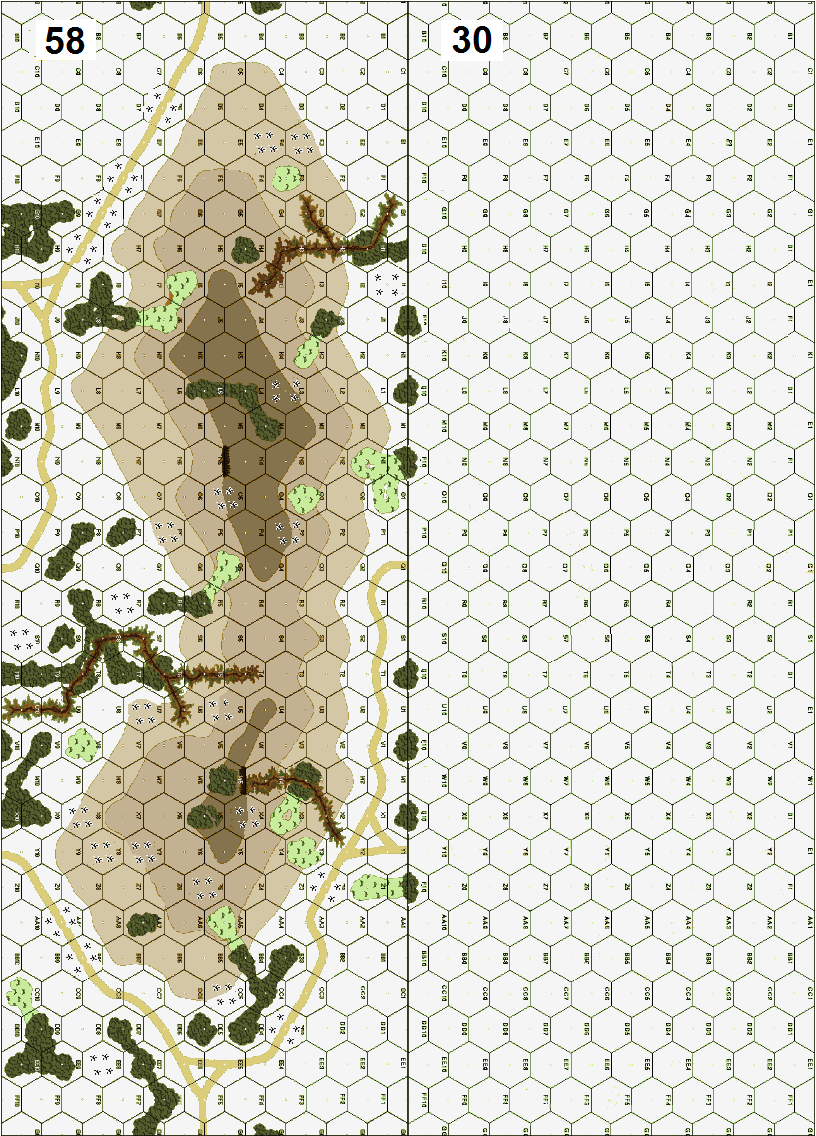 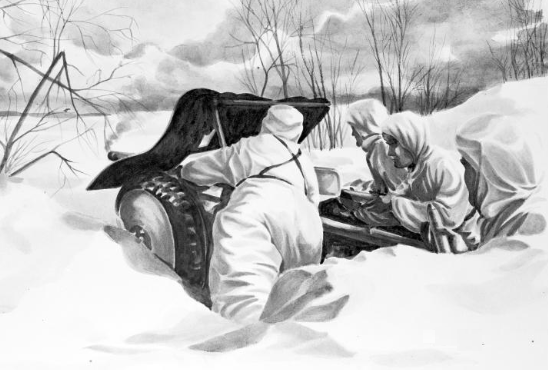