The village of Modhion lay about a mile south of the coast road, midway between Maleme and Platanias. It was the home of a divisional field punishment unit,as well as an engineer unit which was dug-in on the hills around the village. The morning had dawned with Stuka dive bombers attacking a nearby bridge. Shortly thereafter fallschirmjagers of Kompanie 10, forced well south of their drop zone by heavy AA fire, fell among the engineers' positions. The engineers picked off the parachutists as they landed, and to make matters worse, the villagers fell upon the paratroopers as they scrambled for their weapon canisters. Lt. W.J.T. Roach ordered the prisoners of the detention unit armed with all available weapons, and leading them to attack he shouted, "Let's go headhunting for bloody Huns!"
Attacker: German (Kompanie 10, Sturm Bataillon III, Flieger Division 7)
Defender: New Zealand (New Zealand Engineer Battalion/Armed Civilians/Creforce (New Zealand) Field Punishment Uni) 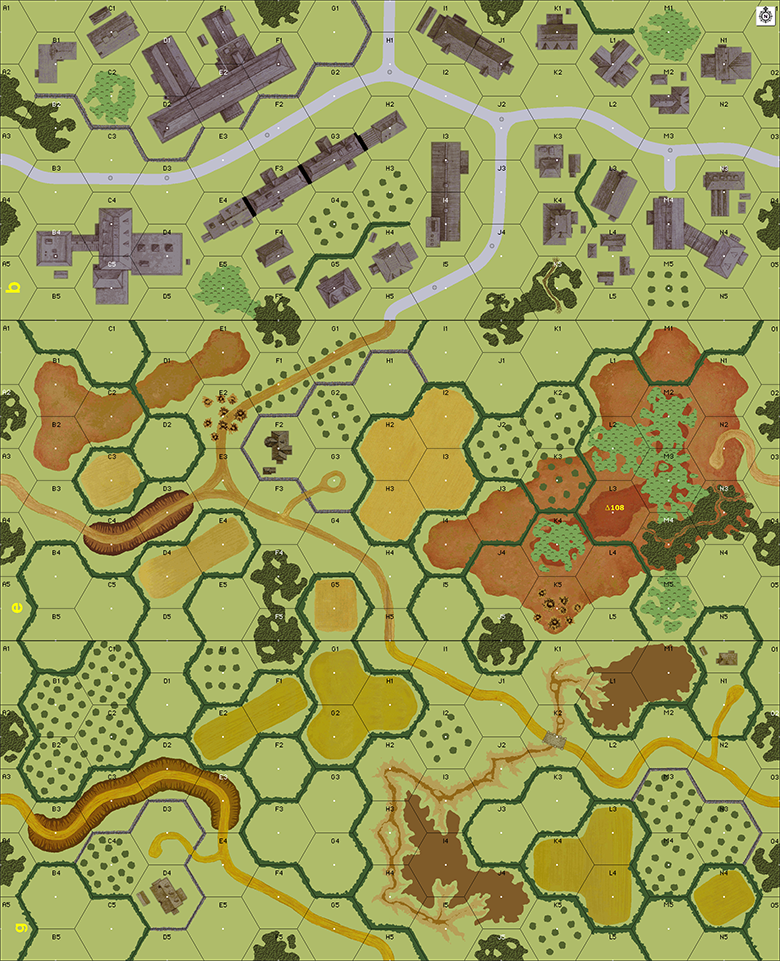 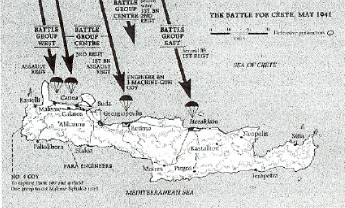 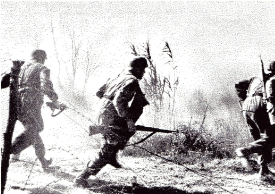