"Hopes..." - In October 1942, in the Caucasus, the Germans launched a final offensive to reach Baku, or at least Grozny, before the onset of winter. On 25th October, the III Panzer Corps, with 2 Panzer Divisions and the Romanian 2nd Mountain Division, surprised the Russian 37th Army near Nalchik, opening a wide breach and pushing towards Ordzhonidzke. However, the Trans-Caucasian Front sent reinforcements, and by early November had not only arrested the progress of the German attack, but had managed to encircle the 13th Panzer Division around Gisel, a suburb of Ordzhonidzke. The Red Army hoped to eliminate the 13th Panzer, whilst the remainder of the III Panzer Corps were desperate to relieve them. An accident of geography made the presence of the Romanian mountain troops essential, especially due to the lateness of the season and winter rains which had turned the roads into mud puddles. Supported by the panzers, the Vanatori de Munte, operating in the foothills of the Caucasus, won an initial success on 7th November, opening a vulnerable corridor to the trapped 13th Panzer Division. The next day, 2 battalions of Romanian mountain troops continued their attacks, first to the fortified village of Mairamadag, fiercely defended by a Russian rifle brigade.
Attacker: German / Romanian (Elements of 23rd Panzer Division and the 2nd Rumanian Mountain Division)
Defender: Russian (Elements of 319th Rifle Division & 488th Independent Tank Battalion) 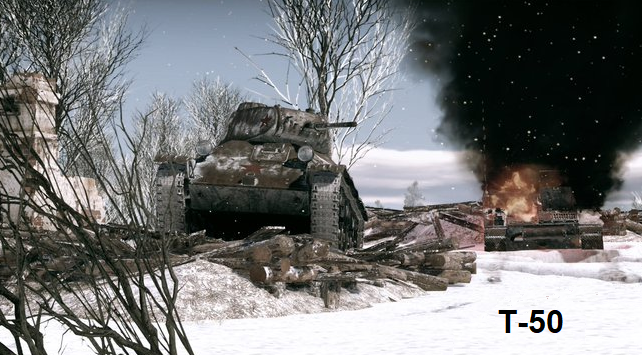