The German surprise attack through the Ardennes and over the Meuse River at Sedan had succeeded. The last chance for the French to avoid a total disaster was to destroy the bridgehead before too many German troops arrived. Though time was of the essence, it took more than half a day before the French counterattack started and even then the right flank was delayed. The Germans were as fast as the French were slow. Led by General Guderian, German forces were assembled within minutes and thrown towards the advancing French. As French tanks ran into German anti-tank guns, French infantry units recaptured the village of Connage. The Germans responded immediately and attacked the village with assault engineers supported by tanks.
Attacker: German (Sturm-Pionier-Bataillon 43 and Panzer-Regiment 2)
Defender: French (213e Régiment d'Infanterie, 55éme Division d'Infanterie and 7e Bataillon de Chars de Combat) 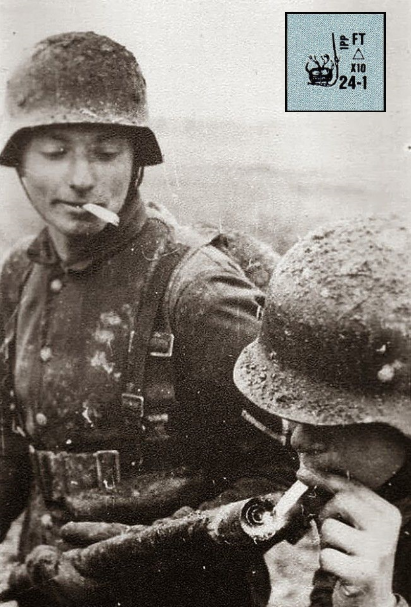