The Dyle Plan placed the French 43rd Infantry Division in the Maubeuge sector. On May 17, 1940, the unit was routed by the 5th Panzer Division and withdrew to Bavay. Part of the division, the 158e RI and 12e RA fell back to the north of Maubeuge, behind enemy lines and isolated. Their only hope was to reach Valencienne, breaking the encirclement. Of the two surrounded battalion of the 158e, only the III/158e and the 3rd Company of the 10e BP were able to extract themselves, reaching Thulin on May 23rd. Spirits were still high in the unit, but supplies were low. The French soldiers arrived in the village on foot, hoping to find supplies and ammunition to replenish their depleted stocks. Upon arriving on the outskirts, the ranking officer, Colonel Pucinelli, ordered his men to seize the village.
Attacker: German (Elements Battalion, Infanterie Regiment 469, 269 Infanterie Division)
Defender: French (158eme Regiment d'Infanterie and 10eme Batallion de Chasseurs, 43eme Division d'Infanterie) 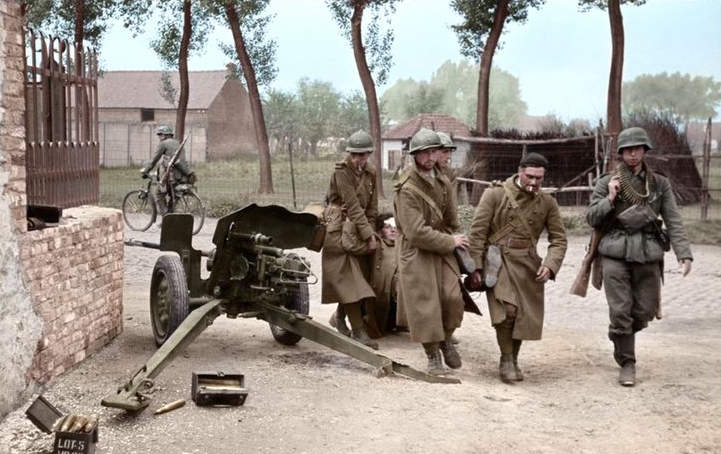