The big scenario in the product, which uses the entire map, is not set during Nord Lenz but rather the following year, during Operation Bagration in 1944. This scenario features a German attempt to break out from encirclement by regular Soviet Army forces and local partisans.
Attacker: Russian (Elements of the 3rd Guards Tank Brigade and of the 32nd Guards Cavalry Division and Mounted Borisov Partisans)
Defender: German (Elements of the 24th Polizei Regiment, 89th Panzer Engineer Regiment and SpZ. Abt. 505th Battalion and elements of the 5th Panzer Reconnaissance Battalion and 31st Panzer Regiment and elements of the 13th and 31st Panzergrenadier Regiment and 260th and 28) 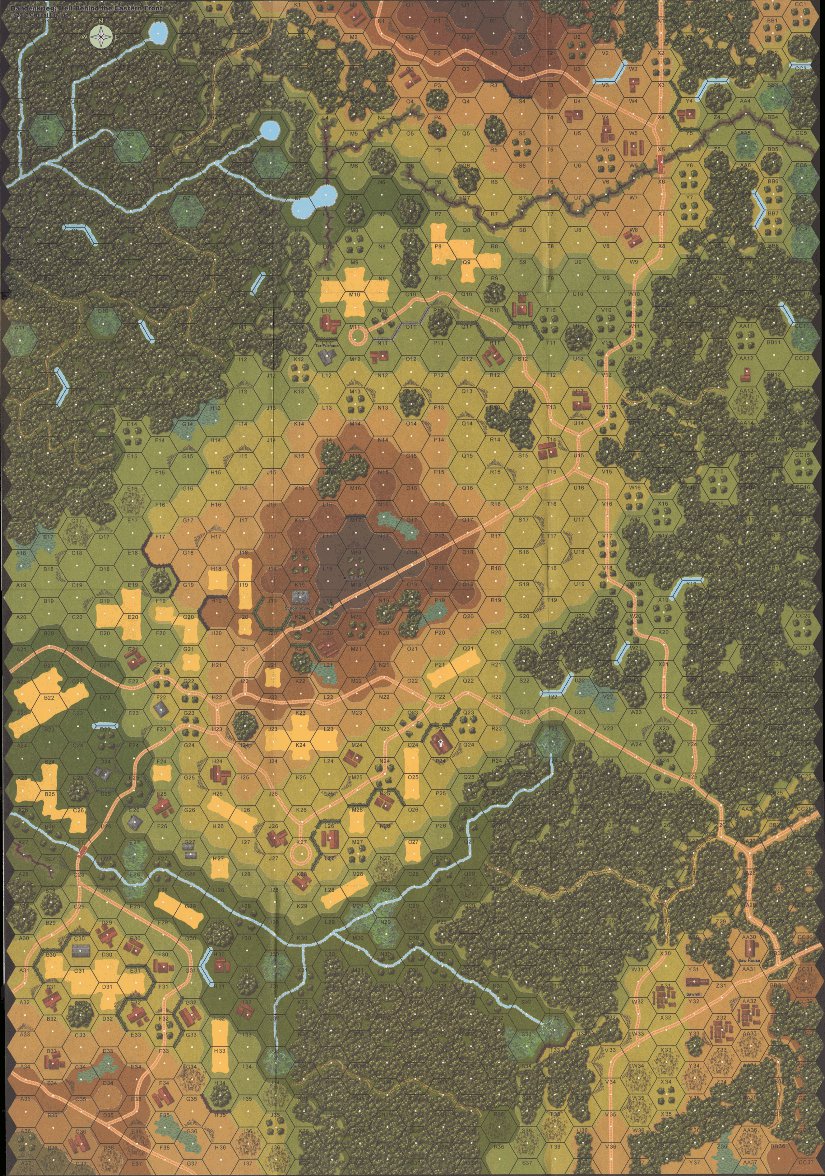