On 9 April, the 4th Ukrainian Front broke through the Axis lines around the Sivash Marshes. The German Korps withdrew in order to avoid encirclement in the peninsula. First in charge of the anti-partisan duty, the Romanian Mountain Corps was ordered to ease the withdrawal of the other units by holding the key crossing points in the Yaila Mountains. A detachment with 2 battalions and several artillery batteries blocked the enemy vanguard close to Simferopol before withdrawing on the 15th towards Alushta, where it had to embark to reach Sevastopol. But the Romanians discovered upon arrival that by the end of the morning, the German motorized rearguard and the ships that were supposed to wait for them had already sailed away! At the beginning of the afternoon, they had no choice but to walk to Sevastopol.
Attacker: Romanian (Batalioanele 7 & 23, Vanatori de Munte)
Defender: Russian / Partisan (Elements of 63rd Tank Brigade and Crimean partisans) 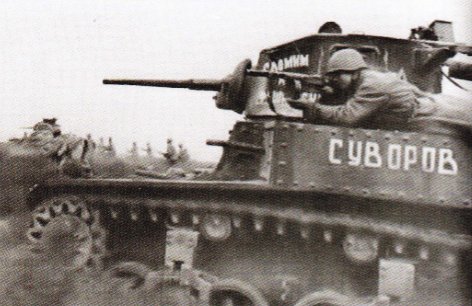