B Company of the Argylls bore the brunt of the first assault made by 10th SS “Hohenstaufen” in Normandy. As waves of Panzer Grenadiers broke against the Argylls’ position, B company PIATs drove off the accompanying tanks. By evening, the enemy had infiltrated the sunken road behind B Company, driving a wedge between it and the rest of the battalion. The position of B Company’s forward 11 Platoon became difficult, as it was engaged front and rear. Difficult, but not impossible, so long as ammunition held out. Captain Mackenzie, 2 i/c B Company, was leading 11 Platoon. Earlier in the afternoon, he used the platoon PIAT to drive off three enemy tanks that were maneuvering along the hedges north of the Bougy road. By evening, he and his Platoon had been given up for lost. But just before sunset, he led the fourteen survivors of 11 Platoon back into the Battalion perimeter. He had only withdrawn from the fight when his 2 inch mortar had taken a direct hit and the platoon had no rifle ammunition left. He brought out all but his most seriously wounded. Mackenzie’s gallant stand won him a Military Cross.
Attacker: British (B Company, 2nd Battalion, The Argyll and Sutherland Highlanders)
Defender: German (SS) (10th SS Panzer Division "Hohenstaufen") 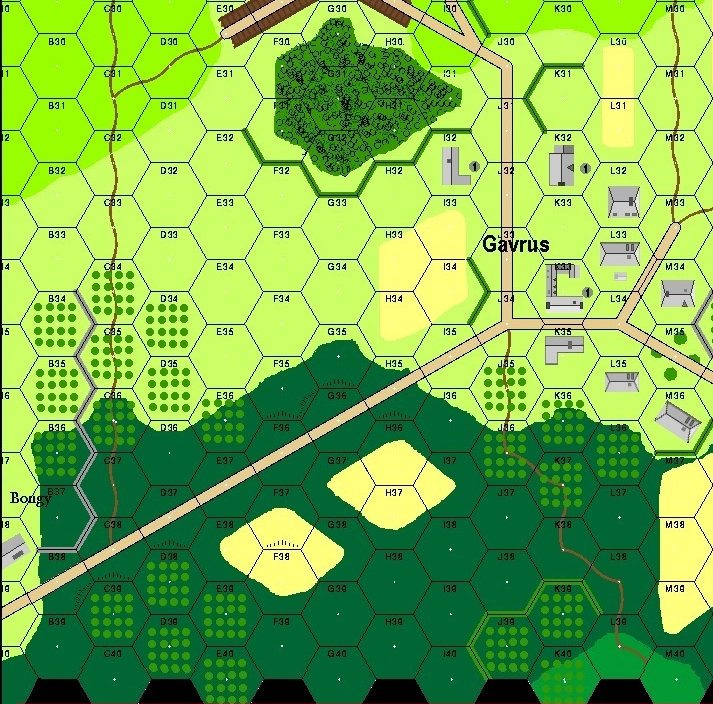