Field Marshal Montgomery had “closed down” the battle of Epsom and 11th Armoured Division had been pulled out of the bitterly contested Odon bridgehead. But the Argylls remained in their isolated outpost, enjoying only sporadic contact with the Seaforths in Le Valtru. As the Seaforths fought for their lives against the onrush of 9th SS Panzer Division, the Argylls awaited the renewal of their struggle with 10th Frundsberg. The Argylls endured a morning of heavy mortar bombardment. Most of the men sheltered in the woods south of the river, but D. Coy. and Battalion HQ on the north bank took the full weight of the shelling. Isolation was completed as first the Battalion wireless set to Brigade was lost and finally Major Cornwell, commander of 495 Field Battery, R.A. was lost along with his radio link to the battery. Through the ruined village, German half tracks could be seen bringing up infantry. As the storm again broke over the Argylls, moves were afoot to extricate the battalion.
Attacker: German (SS) (10th SS Panzer Division "Frundsberg")
Defender: British (2nd Battalion, The Argyll and Sutherland Highlanders, 97th AT Regt. and 1st Middlesex Regt. (MG) and FOO 131 Field Regt. RA) 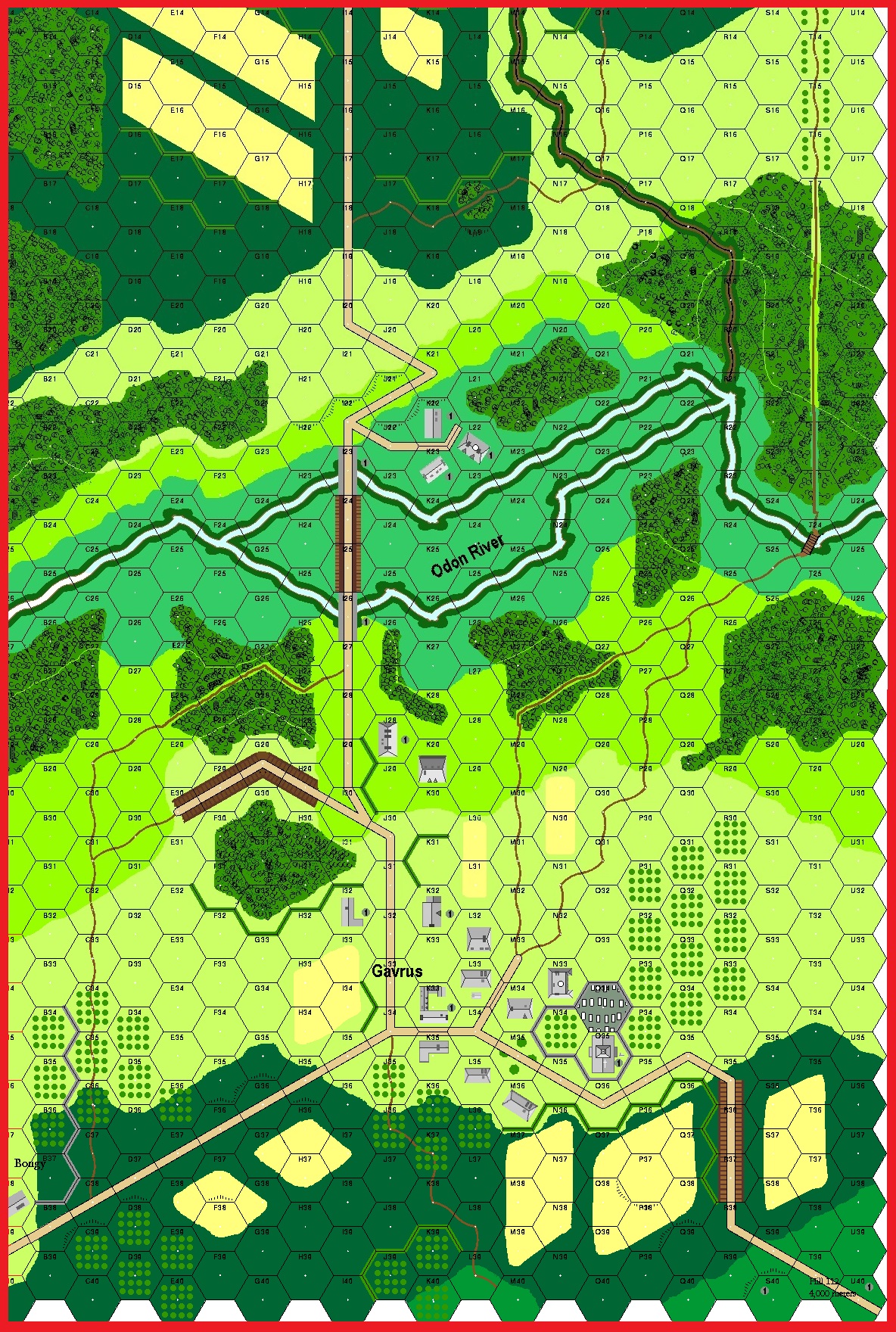