Looking at a map of the island it resembles a bird with a pier extending north like a leg. The 5th Amphibious Corps attacked GREEN BEACH at the forehead of the bird. The 3rd Battalion, 2nd Marine Division went for the underside of the beak at RED BEACH 1 while the 1st and 2nd Battalions hit the breast at RED BEACH 2. The 2nd and 3rd Battalions of the 8th Marine Division landed on the belly at RED BEACH 3. The pier was captured by Lt. William D. Hawkin's 2nd Scout Sniper Platoon while the destroyers Ringgold and Dashiel provided covering fire. Although the LVT-1s and 2s breached the barrier reef, their light armor made them vulnerable to the Japanese fire coming from Betio. Many of them did not make it to the beach but the ones that did gave the Marines a valuable foothold until reinforcements arrived.
Attacker: American (USMC) (1st and 2nd Battalions, 2nd Marine Division | 2nd and 3rd Battalions, 8th Marine Division)
Defender: Japanese (Remnants 3rd Special Base Force) 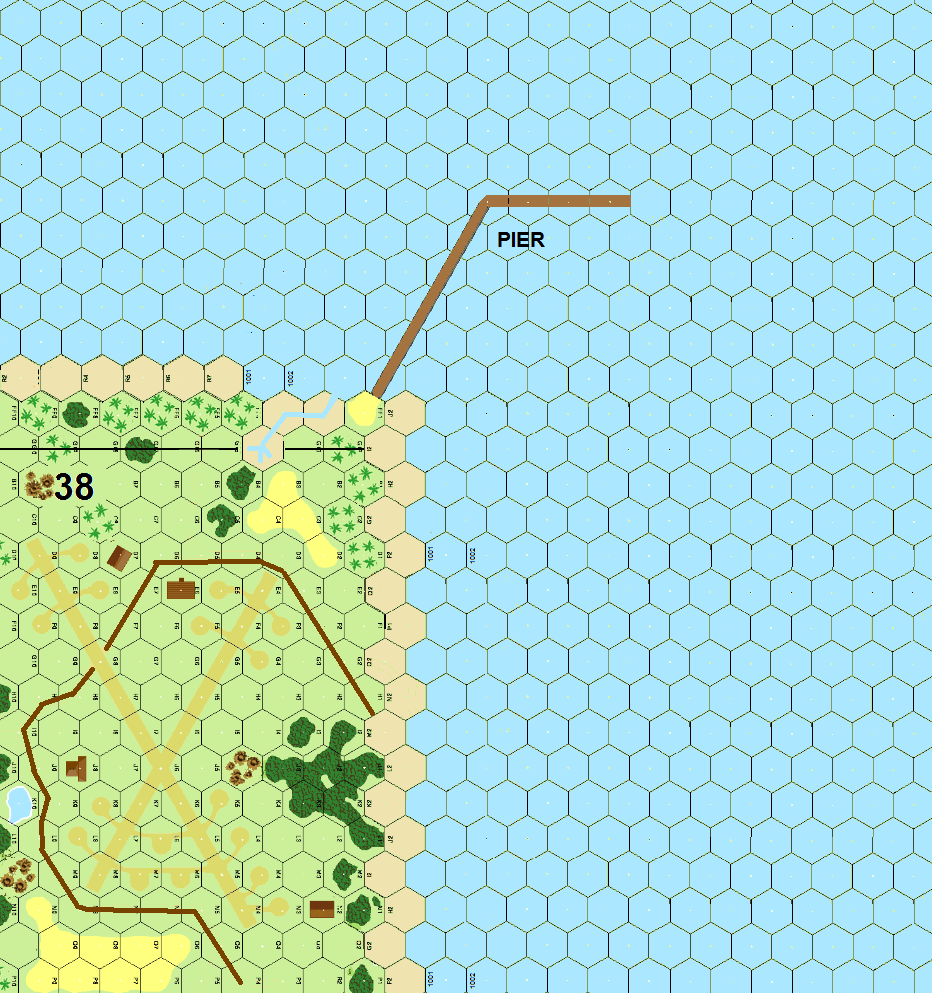