The Russians chose Christmas Day for the opening of their winter offensive in the CSIR sector. They wanted the maximum psychological effect on the defenders, but from the Italian point of view the date was insignificant compared to the threat posed by the overwhelming strength of the enemy. Under heavy snowfall and a temperature of -35 C, the Russian troops rushed forward at 6:40 AM, shortly after an artillery barrage to soften up the defenders. Visibility was so poor that Russian artillery men, being unable to spot the actual position of enemy troops, had to direct their fire to prefixed targets. The heaviest assault fell on Orlovo Ivanovka and Hill 331.7, the cornerstone of the Italian defensive system in the sector of 3rd Regiment.
Attacker: Russian (367th & 733rd Rifle Regts, 136th Rifle Division)
Defender: Italian (3rd Bersaglieri Regt; 5th Battery Artiglieria a Cavallo) 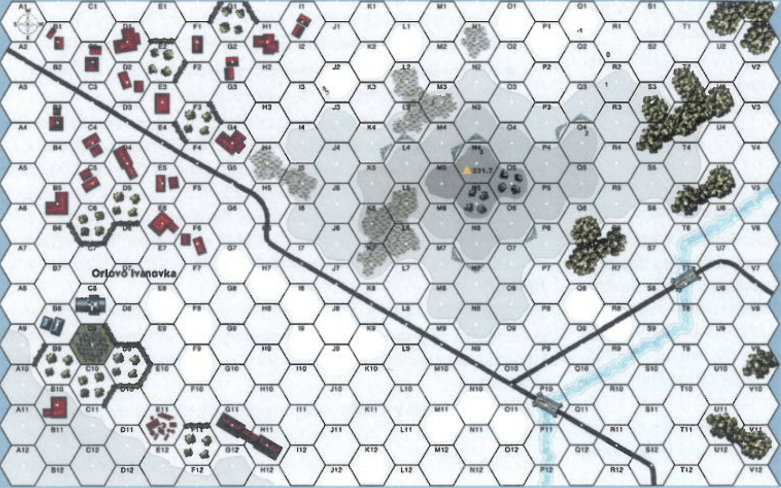 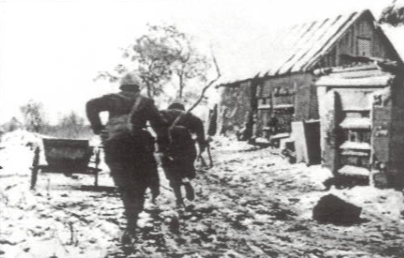