On March 30, 1945, a few miles south of the city of Paderborn in a rural forested area, General Rose was riding in a Jeep at the front of the Task Force Welborn column. Suddenly they ran into German armored elements headed west. General Rose, along with the other men, jumped into a nearby ditch with his Thompson sub-machine gun as the lead tank took a direct hit and was destroyed. When they realized that they were being surrounded by German tanks, they re-entered their Jeeps and tried to escape. Once they were back on the road, they realized it was occupied by numerous German tanks. The lead Jeep gunned its engine and attempted to get past the tanks in the road before them. . .
Attacker: American (Taskforce Welborn, 3rd Armored Division)
Defender: German (Remnants 5th Panzer Army) 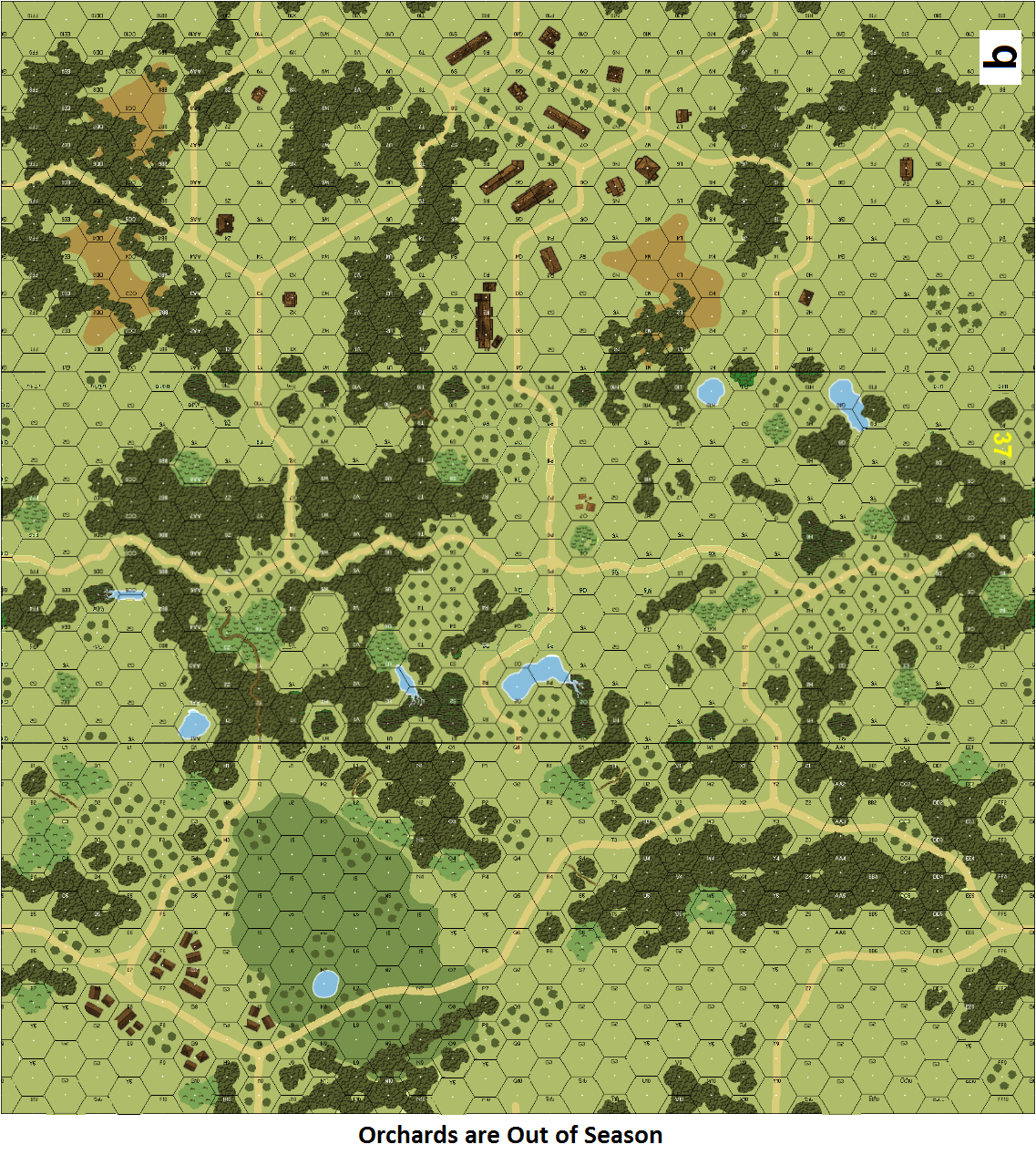 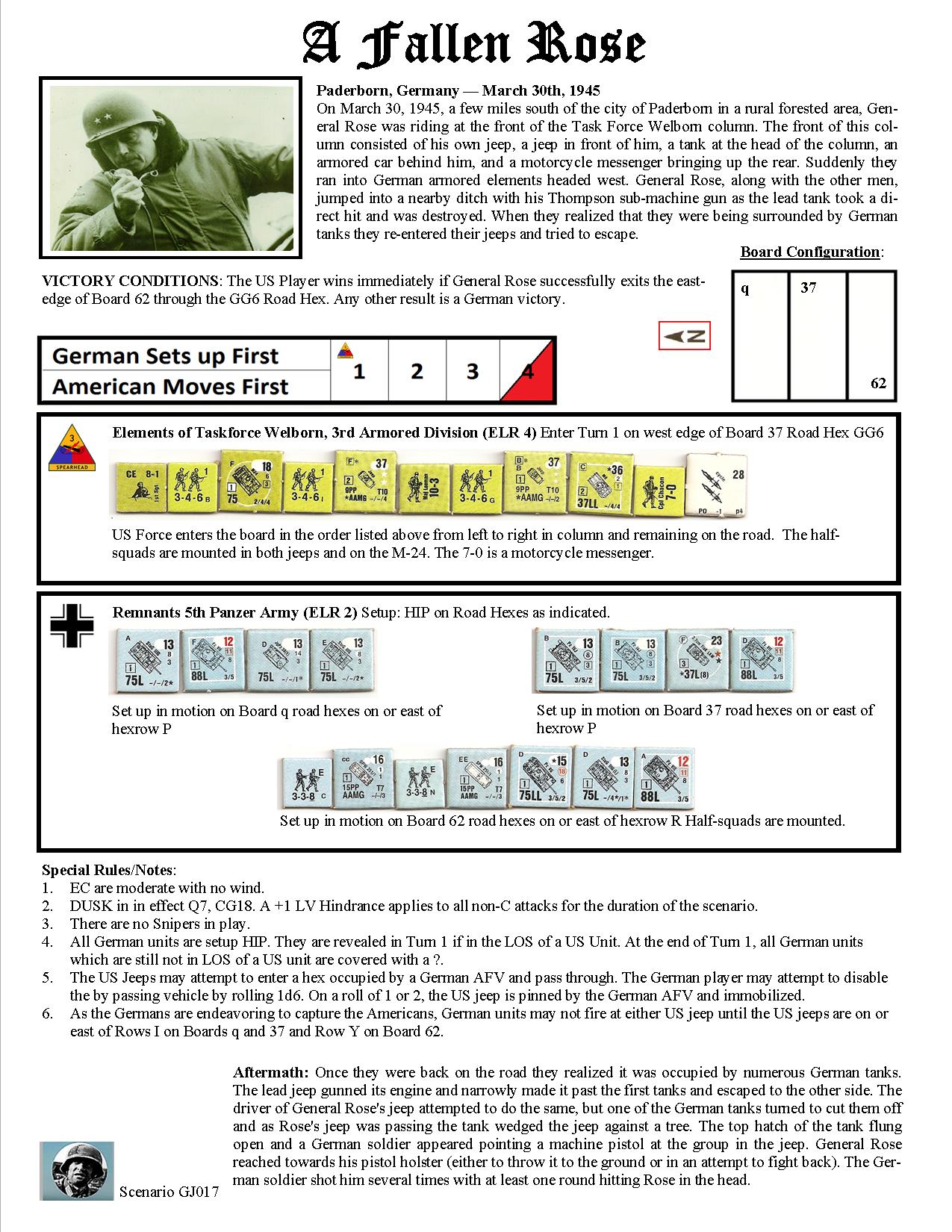 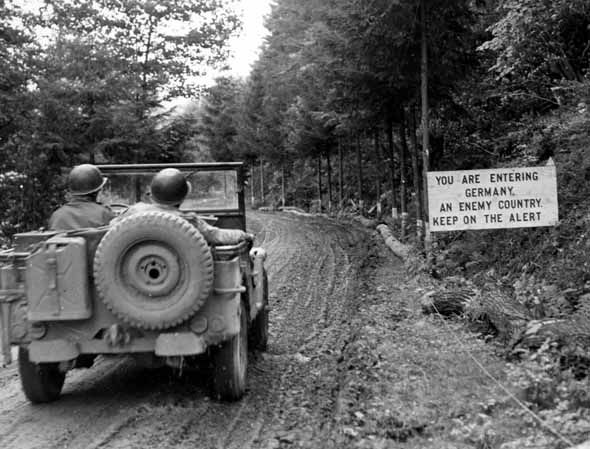