At 14:00 hours, the U.S. 2nd Battalion, 506th PIR started to advance north up Hell’s Highway to Uden. The road was strewn with the burning wreckage of a British convoy that the Germans had earlier smashed. Company F had only just started its advance when a dozen German halftracks broke cover and sped towards the highway, right smack into them. Among the burning wrecks, the Americans deployed and began to engage the German halftracks with mortar and machine-gun fire.
Attacker: German (Elements of Kampfgruppe von Maltzahn)
Defender: American/British (Elements of Company F, US 2nd Battalion, 506 PIR and B-Squadron, 44th/RTR) 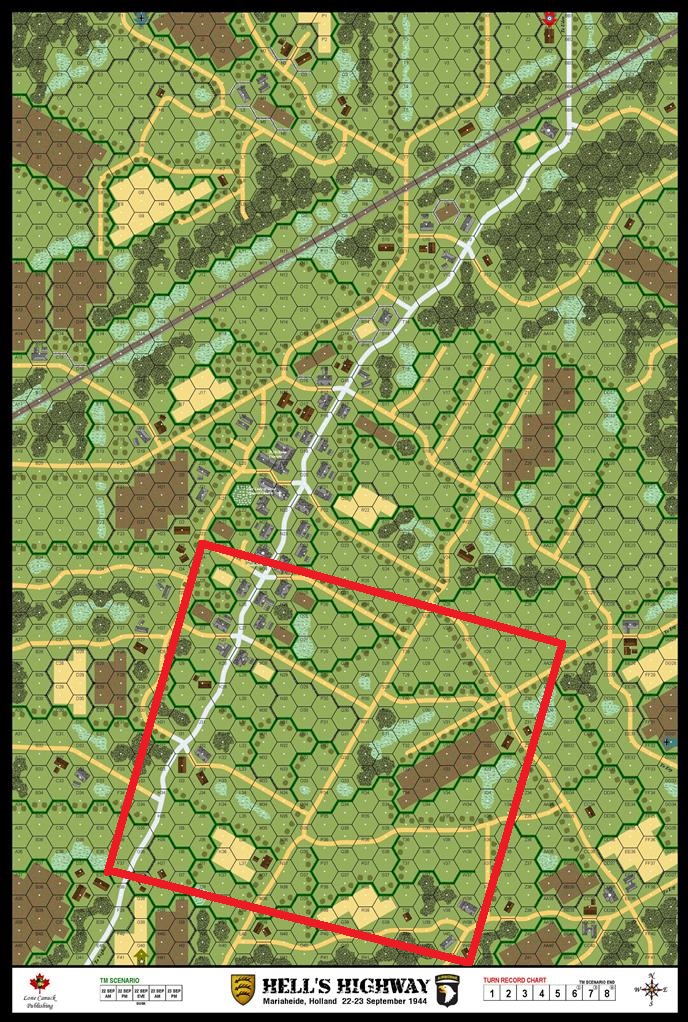