3:30 PM. . .the Enigma Machine at the research station “Retribution” receives its long awaited order. Dr. von Hagan orders his staff to activate the alien device known as “Die Glocke”. With pale faces, they obey and turn on the device which all have come to fear and dread. They, and a few remaining SS guards, are all that remain of the nearly 2000 workers of the top secret station. All the others either fled or were killed in a recent Allied bombing raid, which devastated the station. As the device begins to glow and vibrate, its dreaded siren sound begins and suddenly the station begins to fill with horrifying creatures, leaping from an energy field generated by Die Glocke. . .the end of the world has begun.
Attacker: Spanish SS (SS Kommando 6 with British MI6 Agents)
Defender: Zombies / German (SS) (Zombies of Research Facility 'Retribution' with SS Guards Battalion) 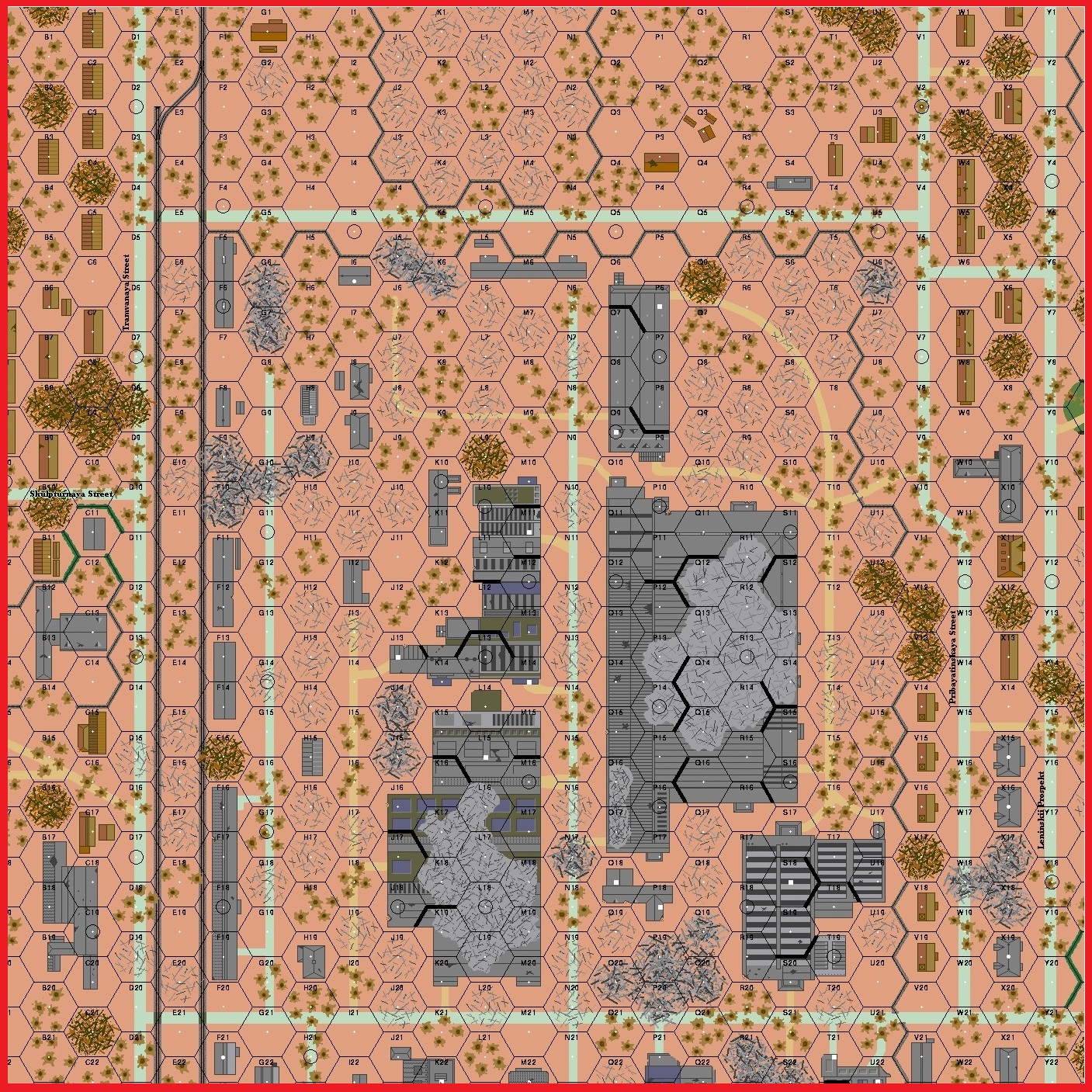 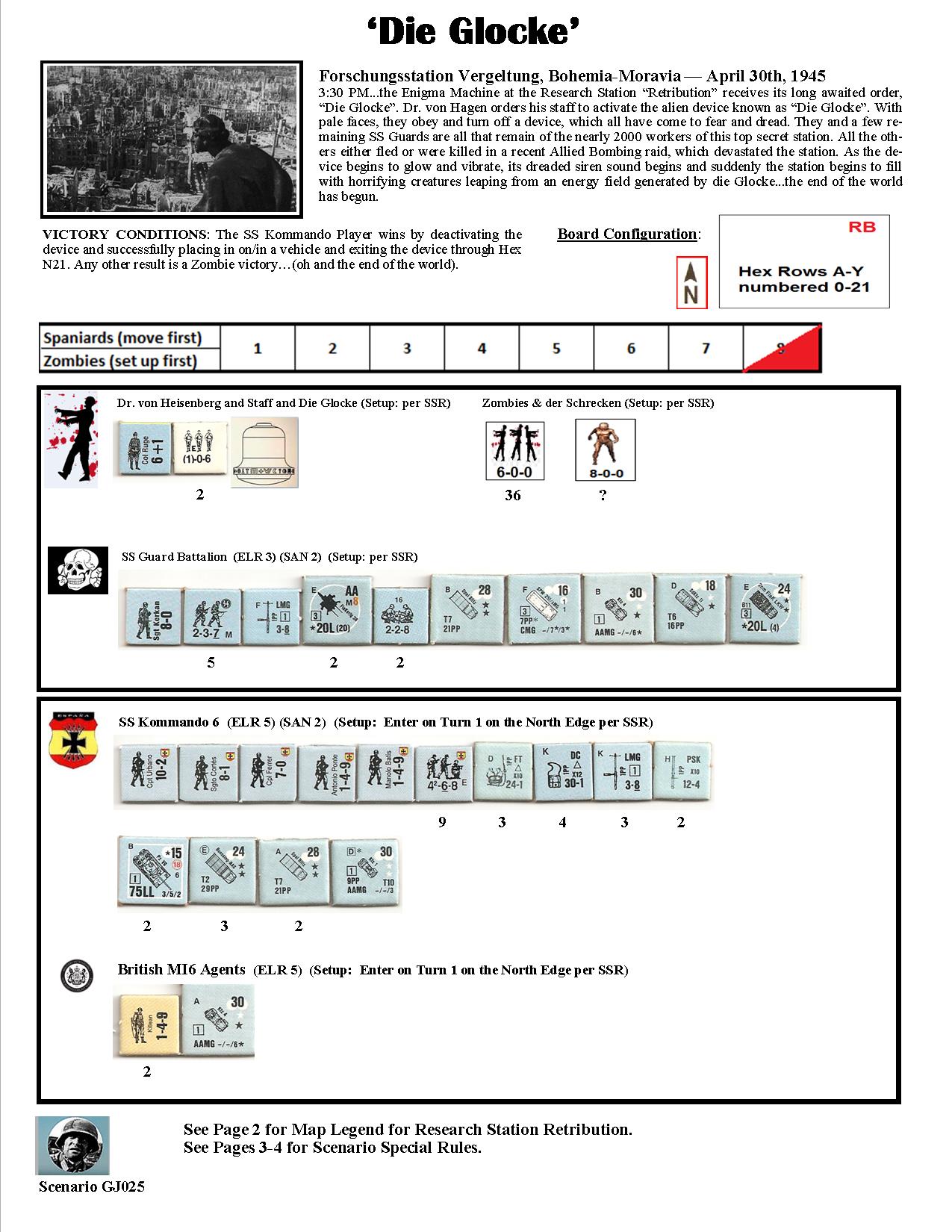 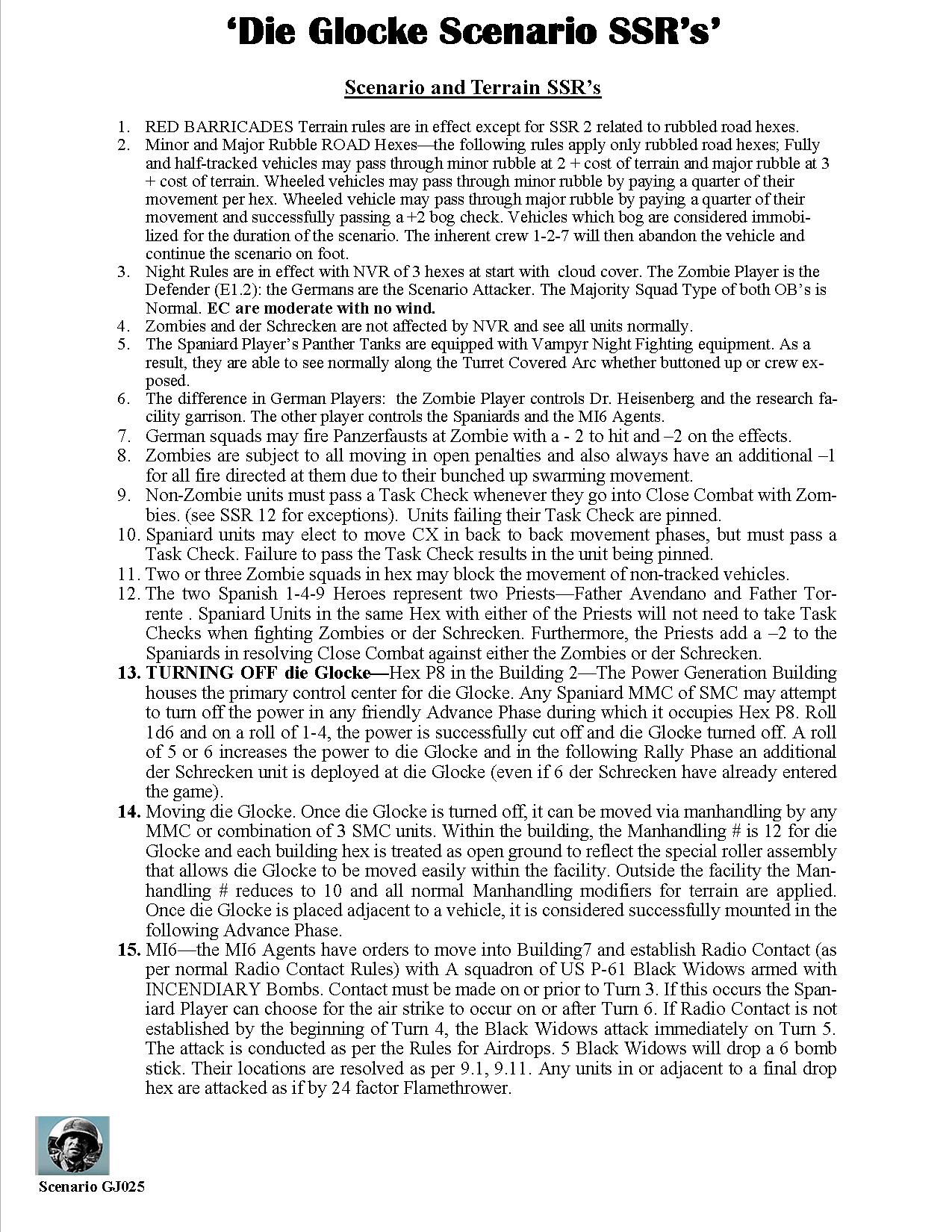 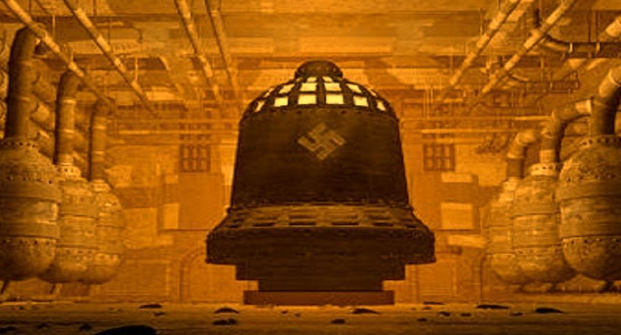 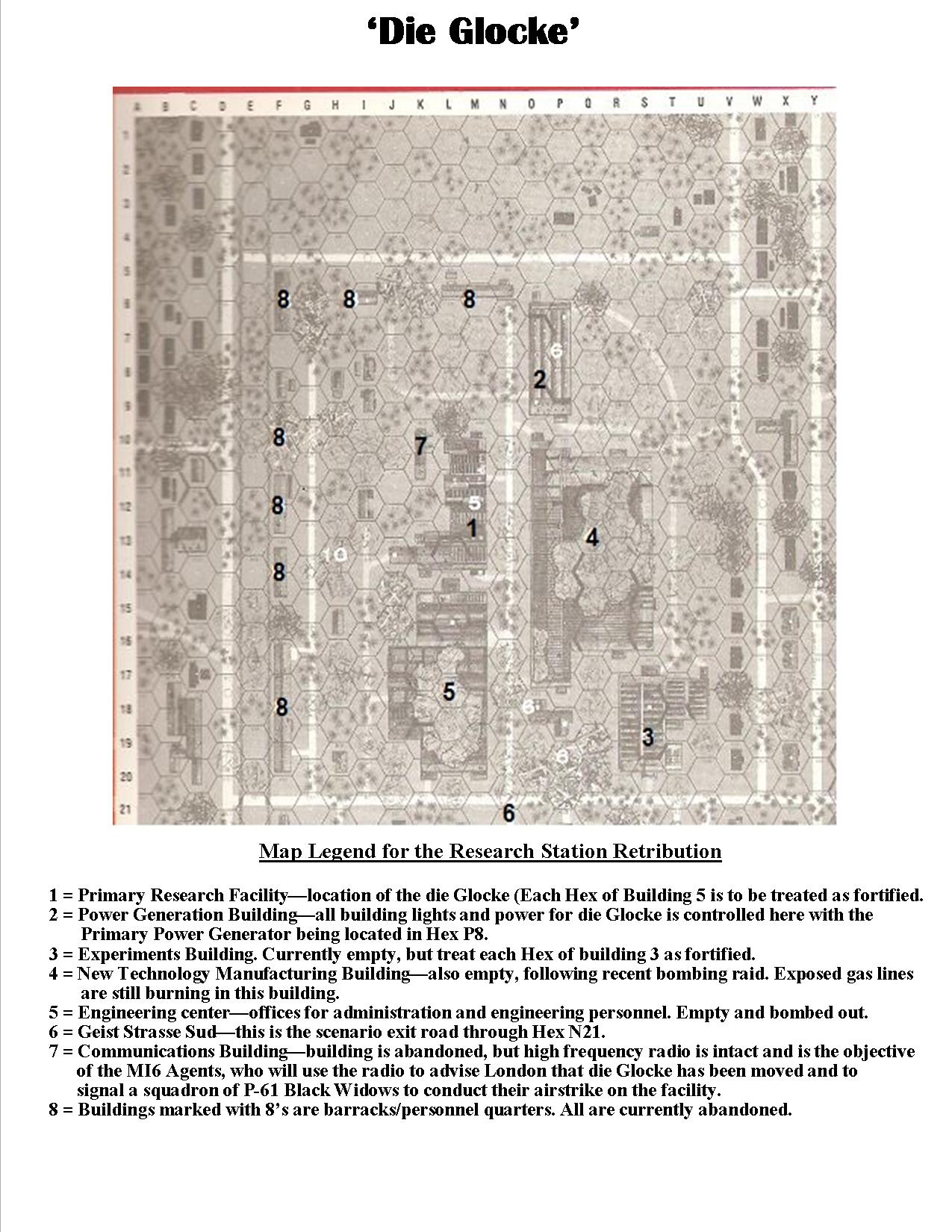 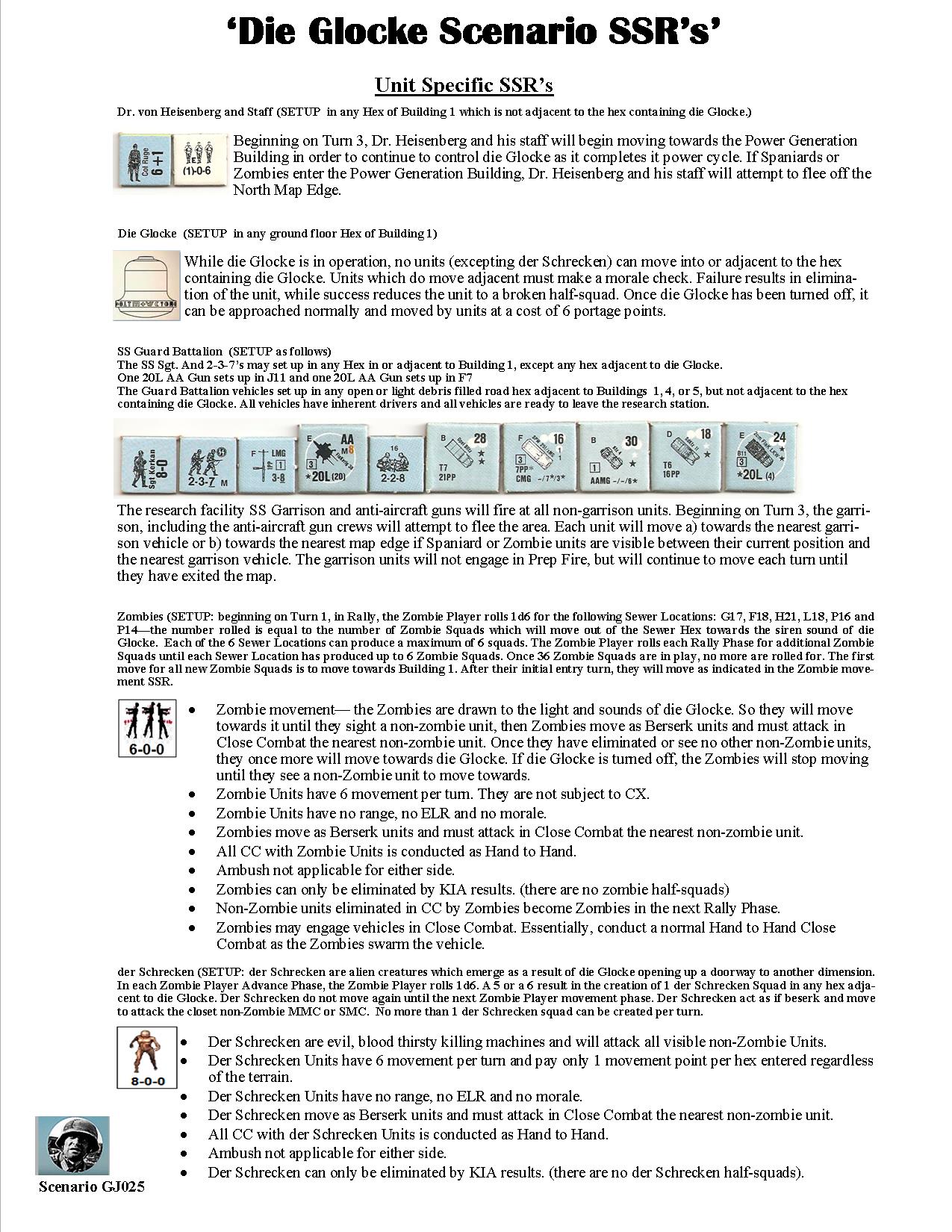