Throughout the late evening of January 29th and into the dawn of the 30th, the Scots and Irish Guards Battalions had attempted to open the road north of Dung Farm. Unfortunately, the Germans had taken a copy of the British attack plan from a dead British officer. The Guards assaults were thrown back. Now with the sun coming up, the exhausted Scots Guards assembled for one last attempt to open the road north.
Attacker: British (Scots Guards Battalion)
Defender: German (7 Kompanie, 25th Panzer Grenadier Regiment) 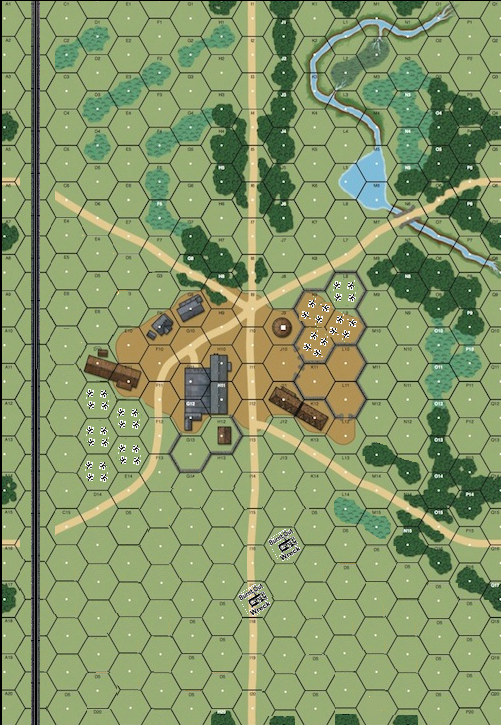 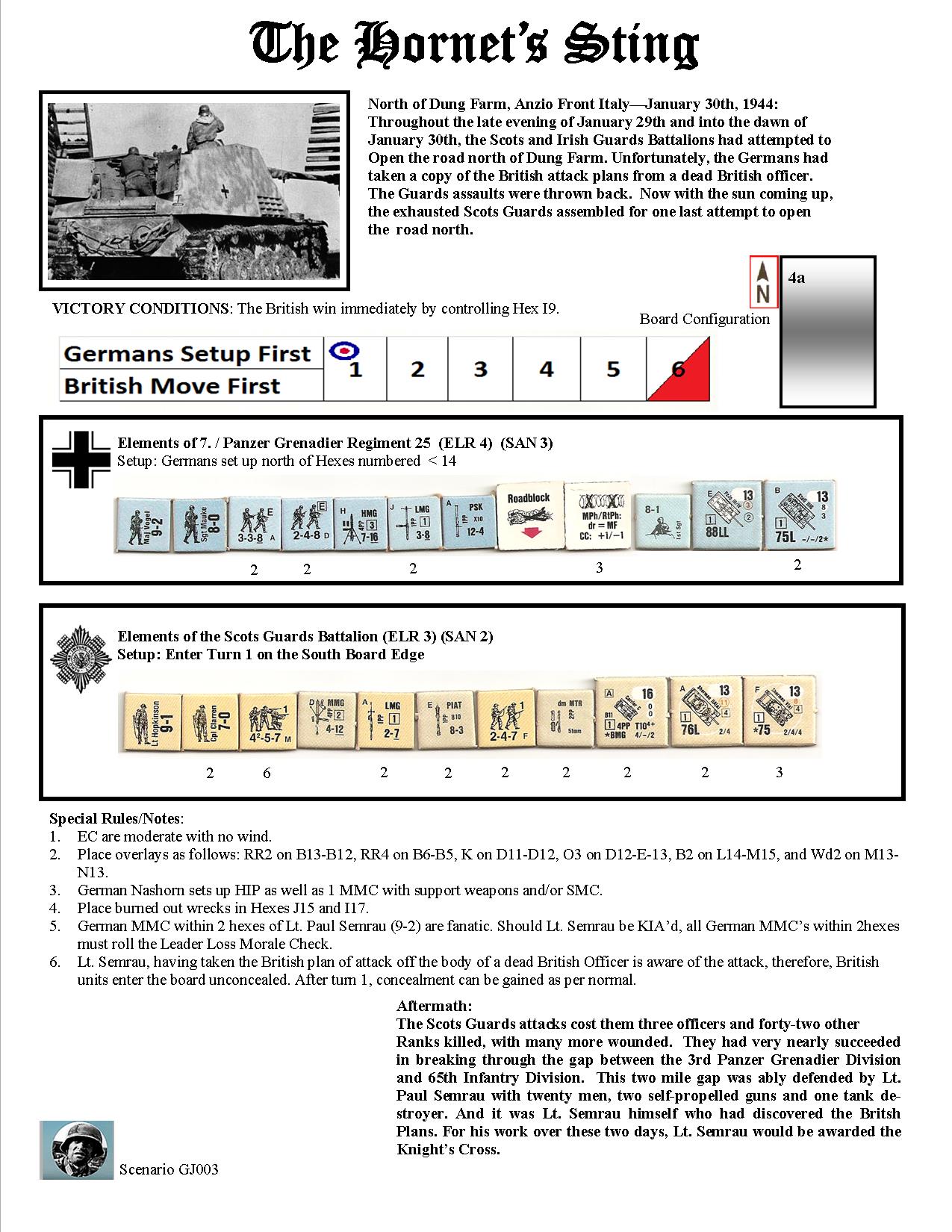