Citadel was only two days old and already behind schedule in the north. Harpe's 41st Panzer Korps struggled through the Soviet 13th Army's defensive belts near Ponyri, until the Snova River presented the first real natural barrier. After having advances frustrated most of the day by mines and counterattacks out of the 'Brinewald', Kampfgruppe Schmall of the 33rd Panzer Regiment reported at 1635 that they were across the Snova River and attempting to expand the bridgehead. For the remainder of the day, full-fledged attacks from the 241st Infantry Regiment of the 75th Guards Rifle Division prevented further advance, squeezing the bridgehead as Kampfgruppe Mummert tried to pound through to assist.
Attacker: German (Kampfgruppe Schmahl, Panzer Division 9, and Kampfgruppe Mummert)
Defender: Russian (241st Infantry Regiment, 75th Guards Rifle Division) 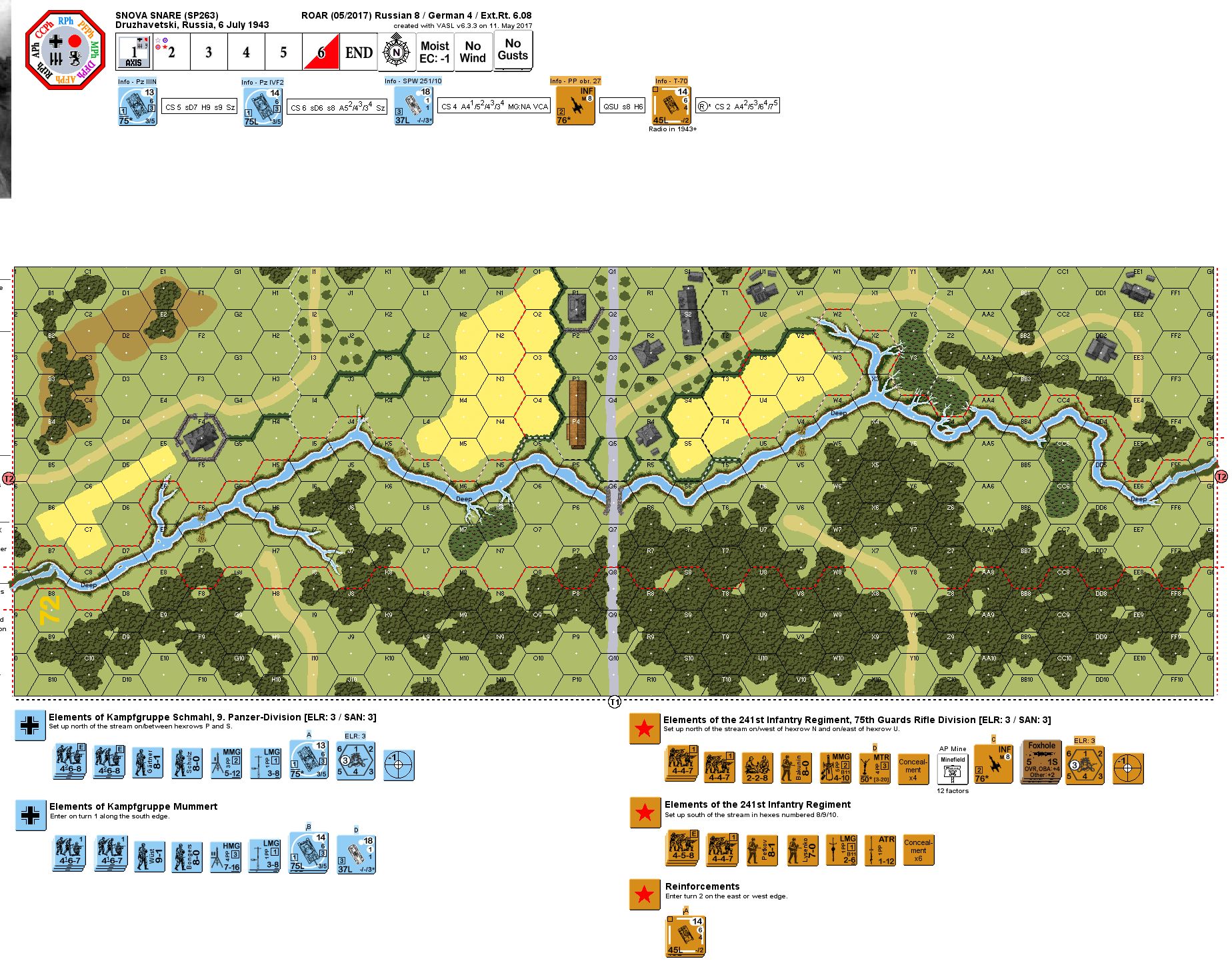