Elements of the Japanese 33rd Division’s Yamamoto Force were being delayed in the area of Tengnoupal, along the main Tamu-Pale route, by the Indian 23rd Division. Heavy fighting in the surrounding hills had taken its toll on the Japanese who were now forced to withdrawal. British Major-General Roberts ordered the 23rd Division to pursue and harass the Japanese and to cut off their retreat toward Tamu with a wide, left-flank movement. Infiltrating through the Japanese, the 4/5 Mahrattas cut the Tamu-Pale road and established a hasty roadblock of tar barrels and anti-tank mines at RK 729023. The rain had finally stopped, permitting the Japanese to immediately attack the roadblock.
Attacker: Japanese (Yamamoto Force, 213th Infantry Regiment, 33rd Infantry Division)
Defender: Indian (4/5 Mahratta Light Infantry, 49th Infantry Brigade, 23rd Infantry Division) 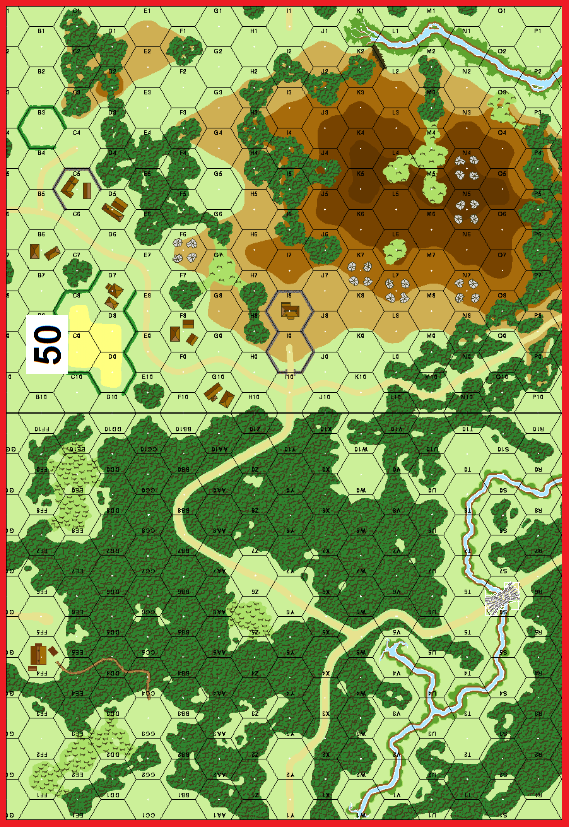 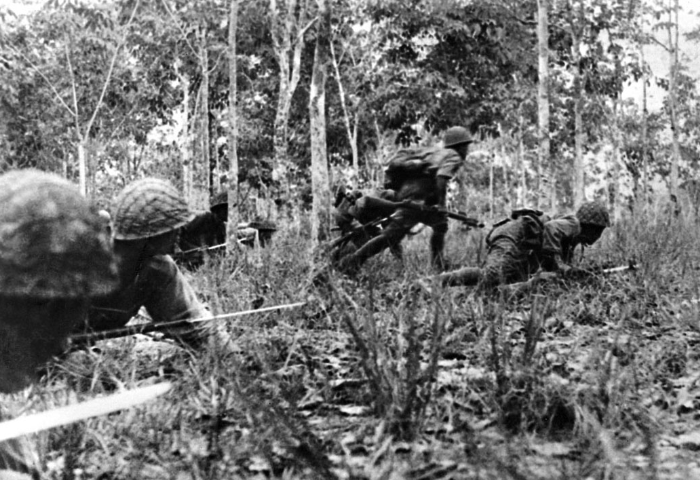