As the British operations in Burma neared their end, efforts were put in place to eliminated the Japanese forces on Ramree Island. The Japanese garrison put up tenacious resistance but on 1 February, parts of the 36th Indian Infantry Brigade from reserve participated in encircling the Japanese defenders. As the British outflanked them, nearly 900 defenders abandoned their positions and marched to join a larger battalion of Japanese soldiers across the island. Their route took them across 16 kilometres of mangrove swamp. Before long, the Japanese found themselves trapped in a deep mud-filled land, inhabited by an abundance of saltwater crocodiles. As they moved through this wilderness in the jungle night...the crocodiles attacked. Waiting in their prepared positions at the edge of the mangrove swamp, the soldiers of the Indian Brigade could hear the screams of the Japanese.
Attacker: Japanese (II Battalion, 121st Regiment, 54th Division and the Saltwater crocodiles!)
Defender: Indian (36th Indian Brigade) 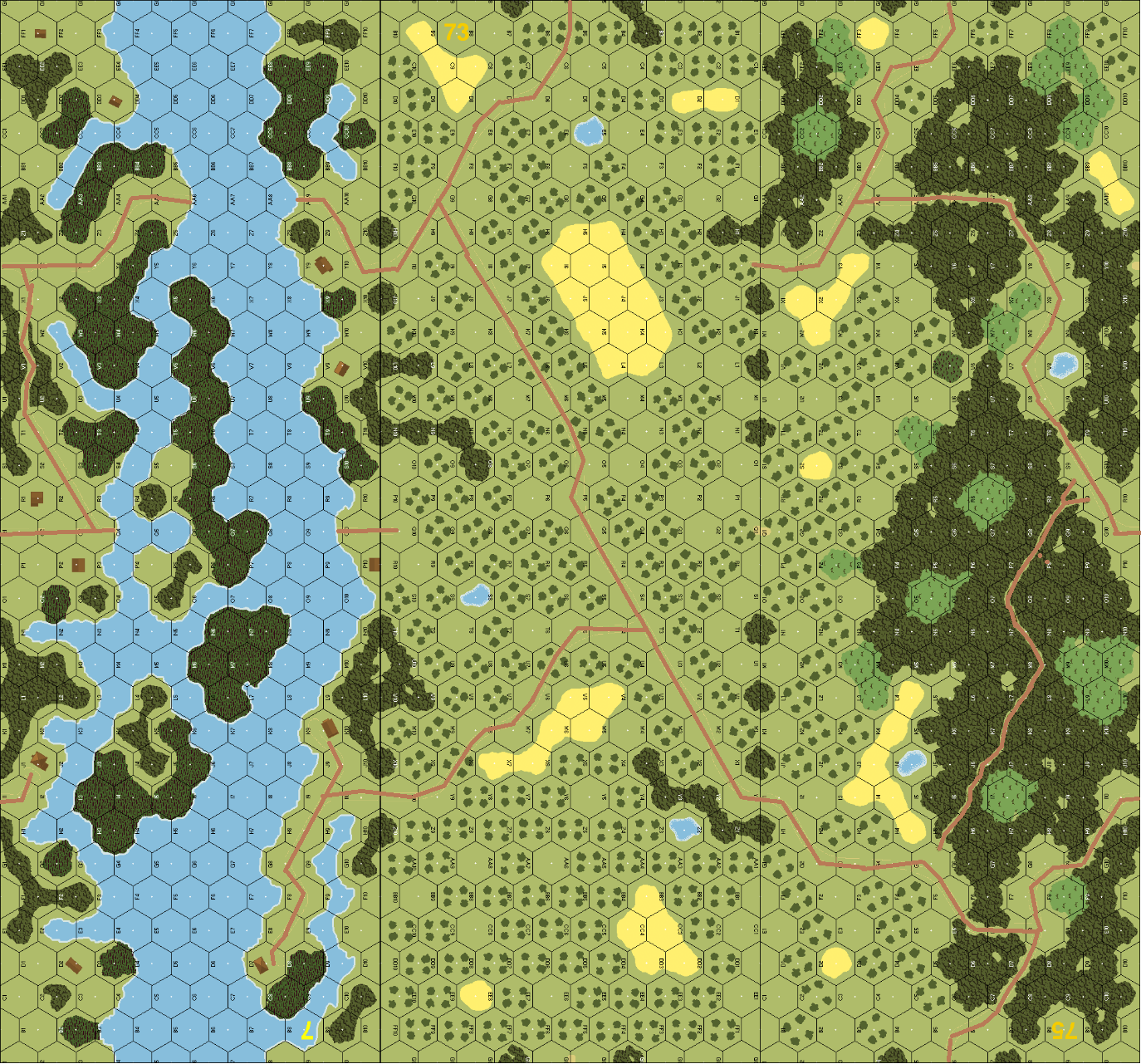 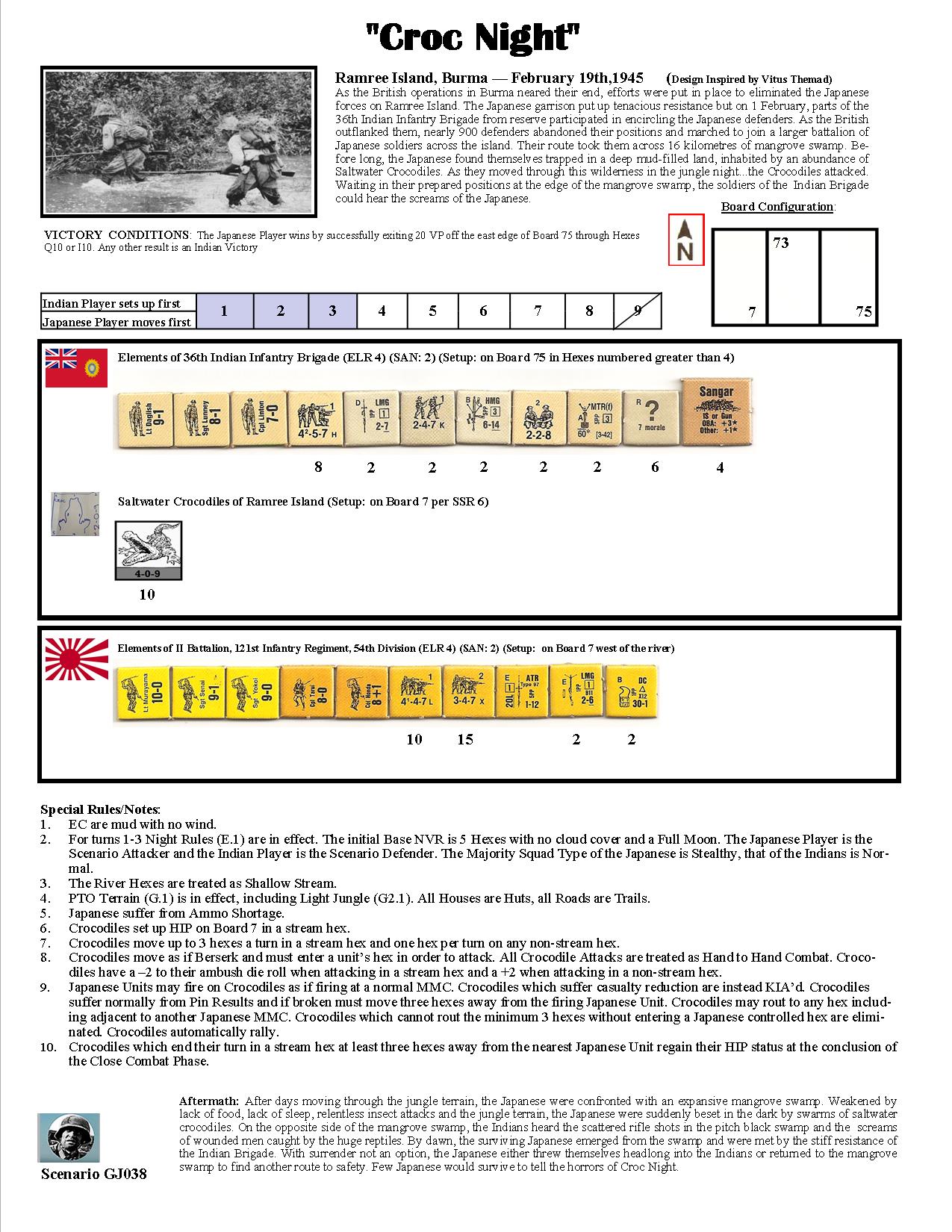 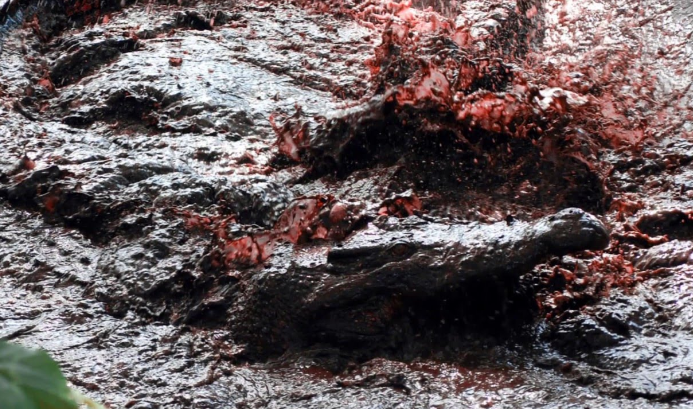