Just 5 days earlier, the Soviet Union had launched Operation Bagration, which threatened to destroy the entire center of the German Army in Russia. Just west of Mogilev remnants of the German 4th Army had established a trench line backed with Panzerjaeger in an effort to slow down the Soviet assault. After a quiet evening, these German defenders were awakened by an intense mortar barrage. Peering into the early morning sun, the Germans saw heavy dust clouds...the telltale evidence that Soviet armor was heading their way. But unbeknownst to the German defenders or the oncoming Soviet armor, a mobile strike group of the 25th Panzer Grenadier Division was hidden in the surrounding woods...waiting for the opportunity to eliminate the Soviet attack and restore the line. It was to be a textbook lesson in Panzer Grenadier Tactics.
Attacker: Russian (2nd Guards Tank Corps.)
Defender: German (4th Army and 25th Panzer Grenadier Division) 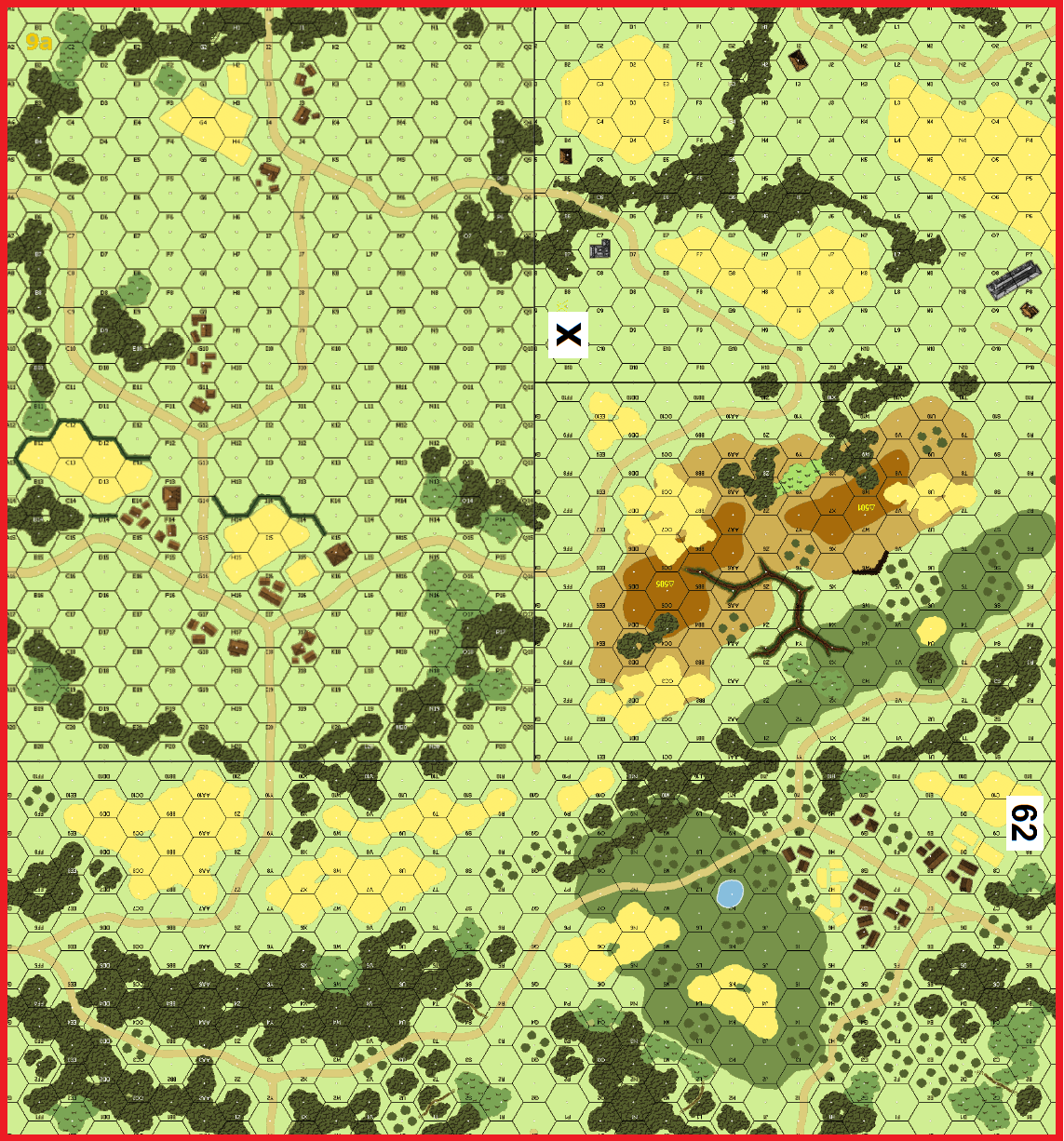 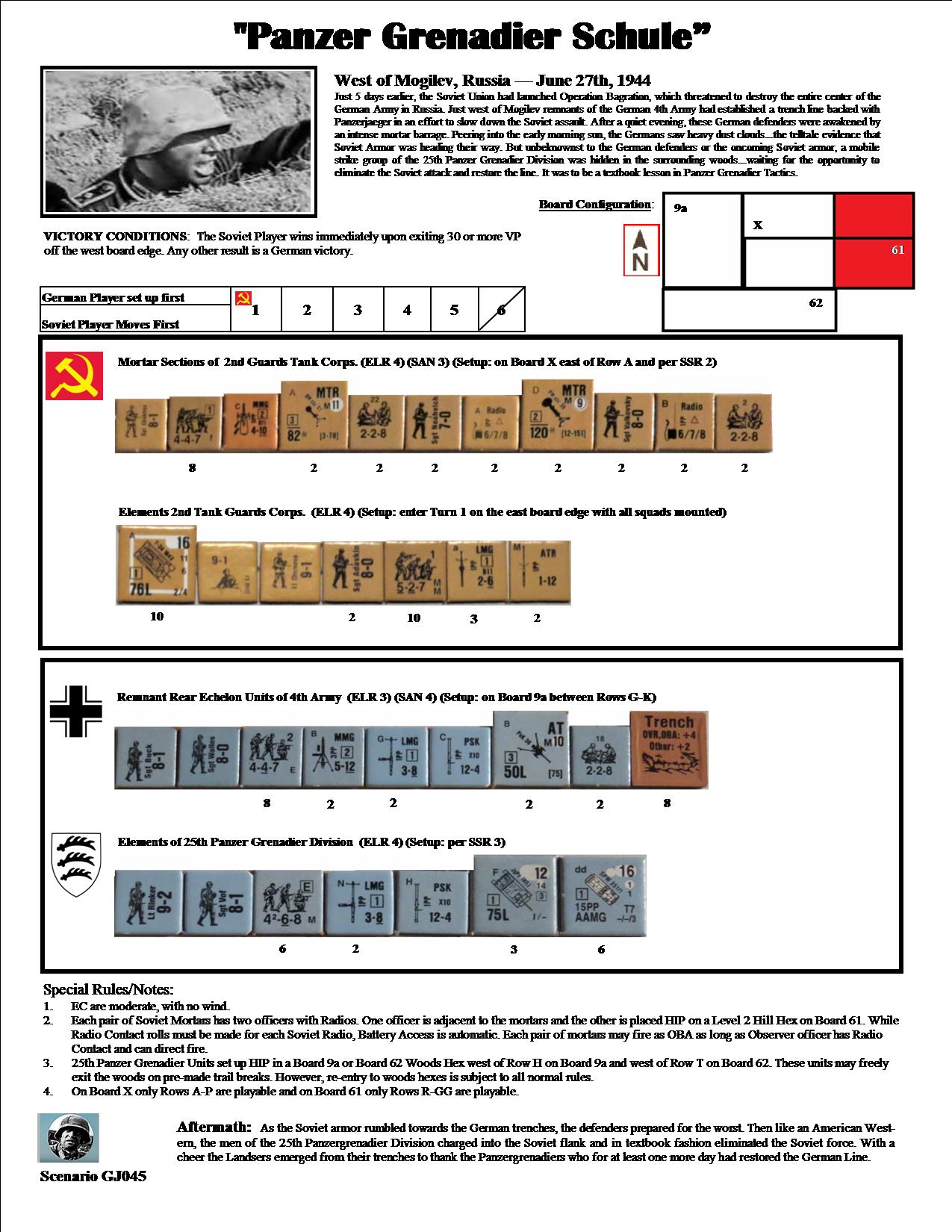