On the morning of February 26th, two Battalions of the 9th Regiment, 3rd Marine Division moved towards the area at the foot of Hill Peter. The jumble of rocks and blasted rubble at the foot of Hill Peter were the last major obstacle to securing the Motoyama Number 2 Airstrip. The assaulting Marines were quickly shredded by the machine guns of the emplaced Japanese. Supporting Sherman Tanks were no more successful and fell victim to Japanese anti-tank fire. Within minutes the attack was completely stalled. Three Sherman Tanks named Agony, Angel and Ateball were knocked out in the assault. Angel and Agony were burning wrecks, while Ateball was only immobilized. Near the tanks, crouched in shell holes were those Marines who had survived the withering Japanese fire. Lying in a crater in front of the Ateball was Corporal William R. Adamson, who had managed to escape from the burning agony. As the Marines prepared to rescue their brother Marines at the foot of the hill, a company of Japanese were gathering to rush forward and destroy the remaining Marine Sherman. Bleeding badly from a leg wound, Corporal Adamson nevertheless, stayed in the fight and signaled the crew of the Ateball and helped direct their fire at the various Japanese machine gun positions.
Attacker: American (USMC) (9th Regiment, 3rd Marine Division)
Defender: Japanese (109th Infantry Division) 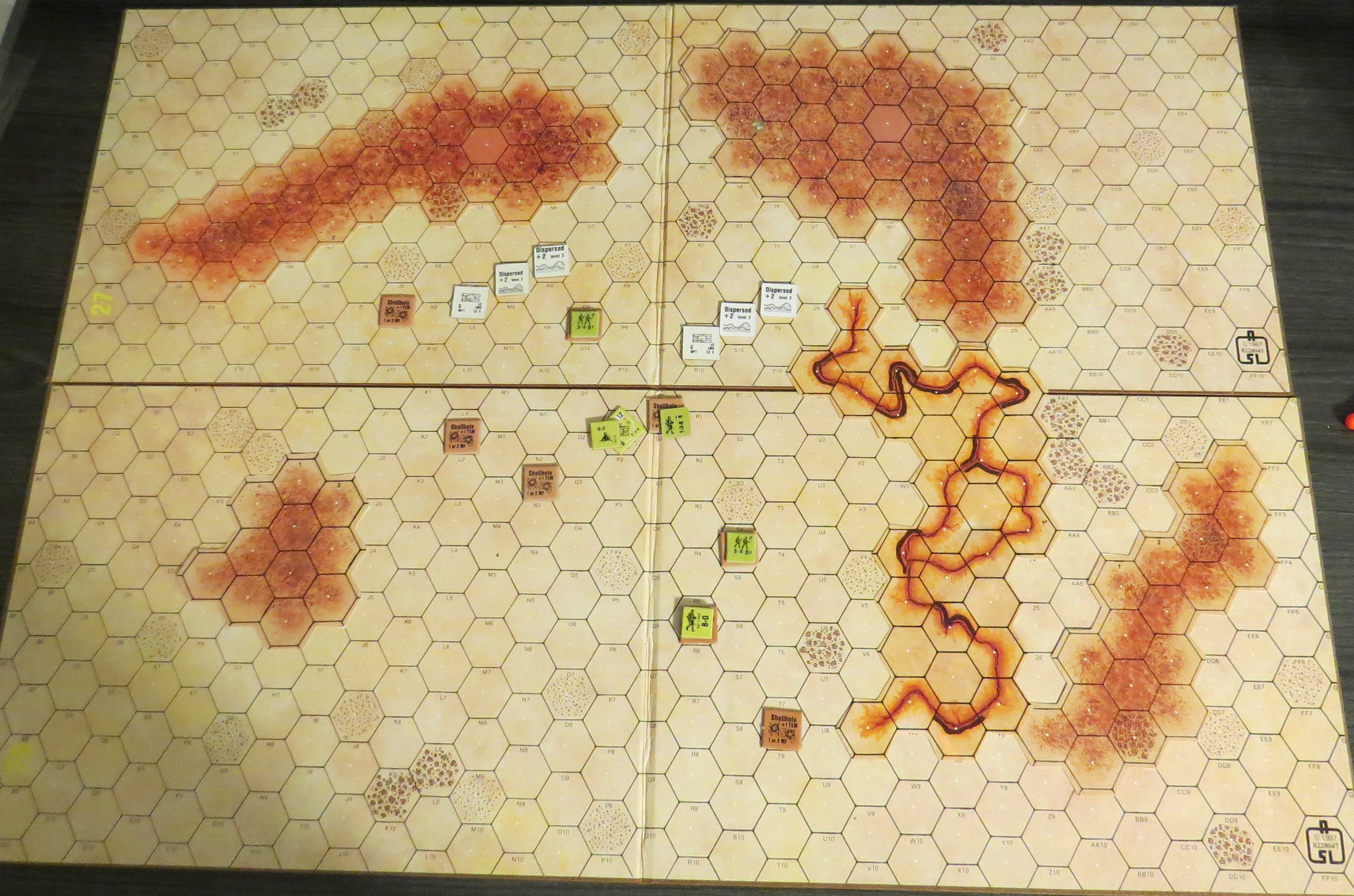 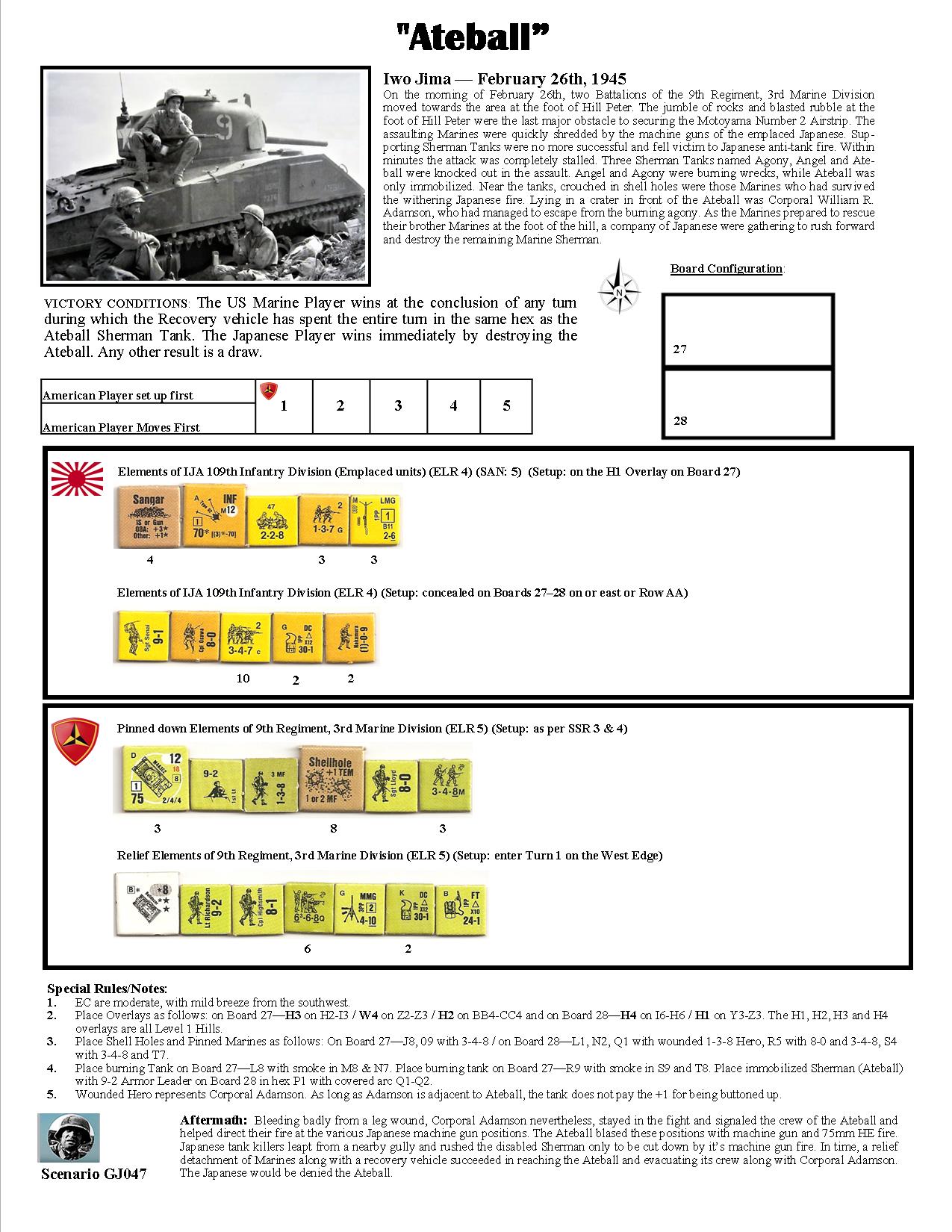 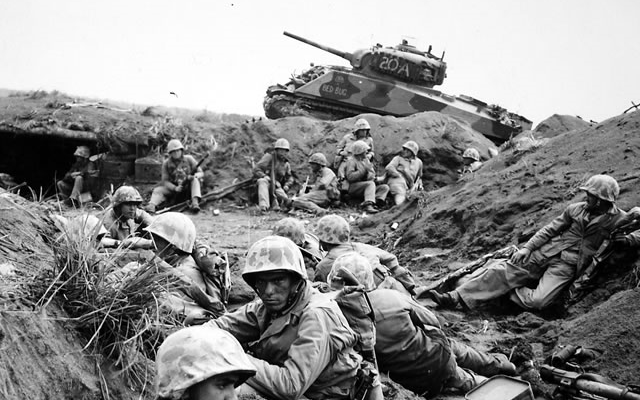