Slowed by the sacrifice of the 42nd Cavalry Reconnaissance Squadron, 2nd Cavalry Group near Moncel, the Panzer-Brigade.111 reached Lunéville late in the morning of the 18th . The town was already under attack from the remnants of the Panzergrenadier-Regiment.15 that had managed to retake part of the town on the 17th. Time was on the side of the Allies with tanks reinforcements coming in at maximum speed. The final part of the first battle of Lunéville was about to begin with a major tank clash.
Attacker: German (Panzer-Brigade.111)
Defender: American / Partisan (Elements of A Company, 35th Tank Battalion ─ elements of B Company, 166th Engineer Battalion ─ elements of 2nd Cavalry Group, CCR, 4th Armored Division ─ Local Partisans) 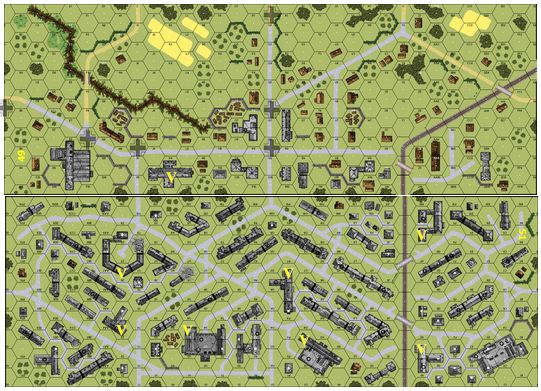