As a part of its contribution to Operation GRENADE, the U.S. 30th Infantry Division had adopted the own style of infantry blitzkrieg. With German units withdrawing across their front to escape the attacks of the 29th Infantry Division, the 30th found itself in the enviable position of attacking units that were deployed to defend against attacks from another direction. This, coupled with their ‘round the clock attacks, enabled “Old Hickory” to make spectacular advances on the days following the crossing of the Roer River. Having taken the towns of Steinstrass and Lich on the afternoon of the second day, the 30th bounded forward again to assault Oberembt, hoping to catch the defenders unprepared.
Attacker: American (2nd Battalion, 117th Infantry Regiment)
Defender: German (Volksgrenadier Division 363 and Sturmmorser Kompanie 1002) 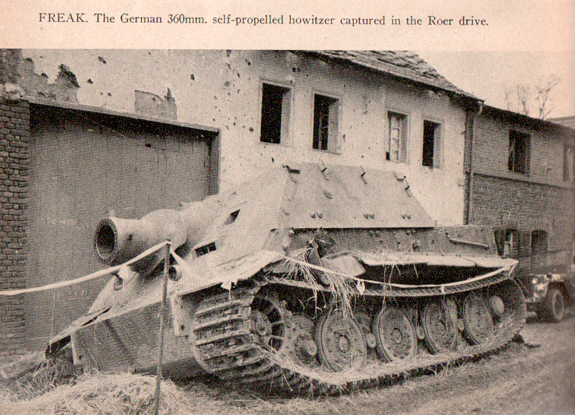 This is THE Strurmtiger described in THIS scenario
To-Play list count: 0Estimated Play time: 4.5 hoursRecorded Games: 0