Campaign Scenario and VASL map available for free on Lone Canuck website...As the American 110th Infantry Regiment gave way along the Our River, the Germans were under orders to bypass Wiltz, in order to rush Bastogne and capture it as quickly as possible. However, one regiment of the 5.Fallschirmjägerdivision ignored the order and attacked Wiltz. Soon other German units were sucked into the vortex of battle. The rest of 5.Fallschirmjägerdivision and the following 26.Volksgrenadierdivision had to be committed to deal with Major-General Norman Cota’s stubborn Keystone troops of the 28th Infantry Division; who reinforced by Lieutenant-Colonel Kjeldseth’s 44th Engineer Combat Battalion and an ad hoc force of clerks, cooks, & orderlies of the 28th’s Headquarters prepared them to meet the advancing Germans. Under command of the 110th Infantry Regiment’s Executive Officer, Lieutenant-Colonel Daniel Strickler, the Americans held the German divisions at Wiltz for 24 hours, before they were forced to withdraw towards Bastogne. As the Americans withdrew, they made life difficult for the pursuing Germans. In the end the battle had cost the Germans nearly two days, urgently needed to reach the Meuse before American reinforcements arrived.
Attacker: German (Elements of the II/78.Volksgrenadierregiment, 26.Volksgrenadierdivision and the II/14.Fallschirmjägerregiment, 5.Fallschirmjägerdivision and Fallschirmjägerkompanie 4)
Defender: American (Elements of 3rd Battalion, 110th Infantry Regiment and HQ & Quartermaster Companies 28th Infantry Division, reinforced by 707th Tank Battalion, 630th Tank Destroyer Battalion, 447th Anti-Aircraft Battalion, 687th Field Artillery Battalion) 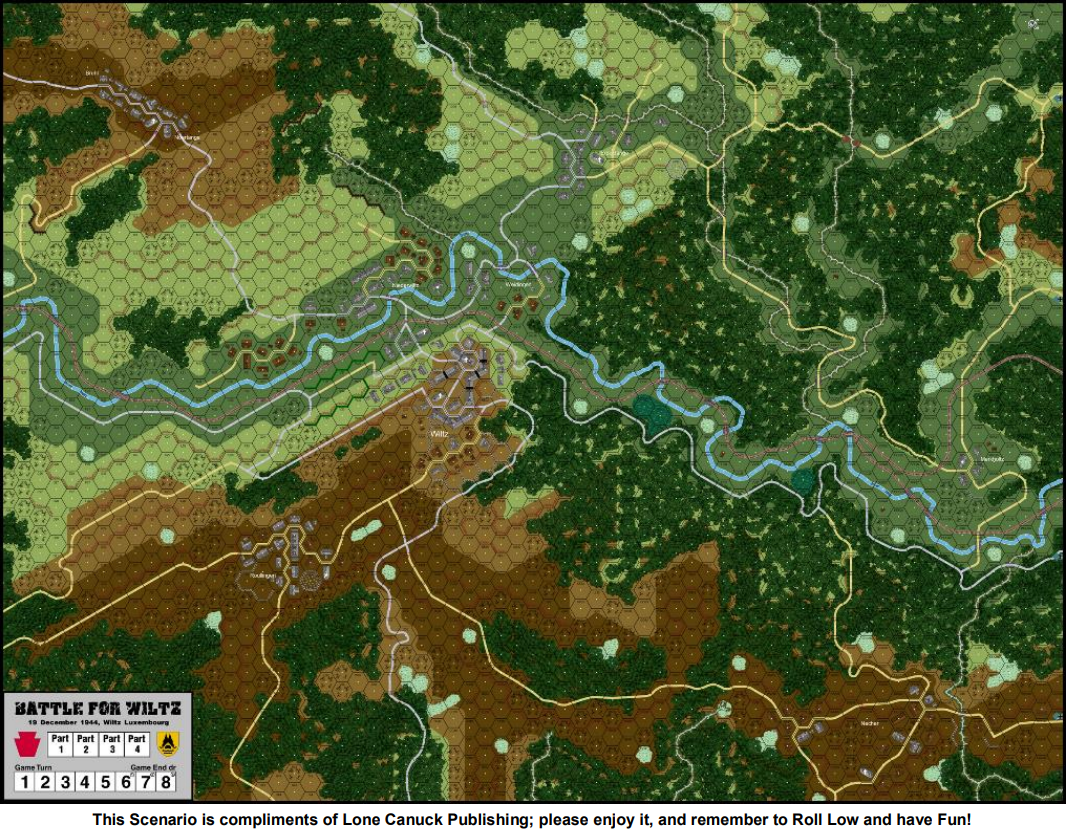 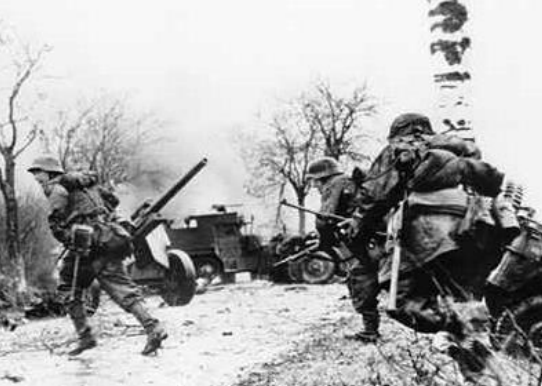