During the morning of June 9th, the US 8th Infantry Regiment was advancing through hedgerow country east of Magneville. Elements of the German 919th Grenadier Regiment were dug in on the other side of a creek between two farmsteads, the Petit Bourg and Grand Bourg farms. From these farms, the Germans had fields of fire across open pastures. Throughout the morning the Americans attacked only to be thrown back with heavy losses. By early afternoon, the Americans had fallen back to their start line. By late afternoon, the Americans had regrouped for another push. With Sherman tanks from Company A, 70th Tank Battalion, the regiment advanced forward in column of companies.
Attacker: American (8th Infantry Regiment and Company A, 70th Tank Battalion)
Defender: German (919th Grenadier Regiment) 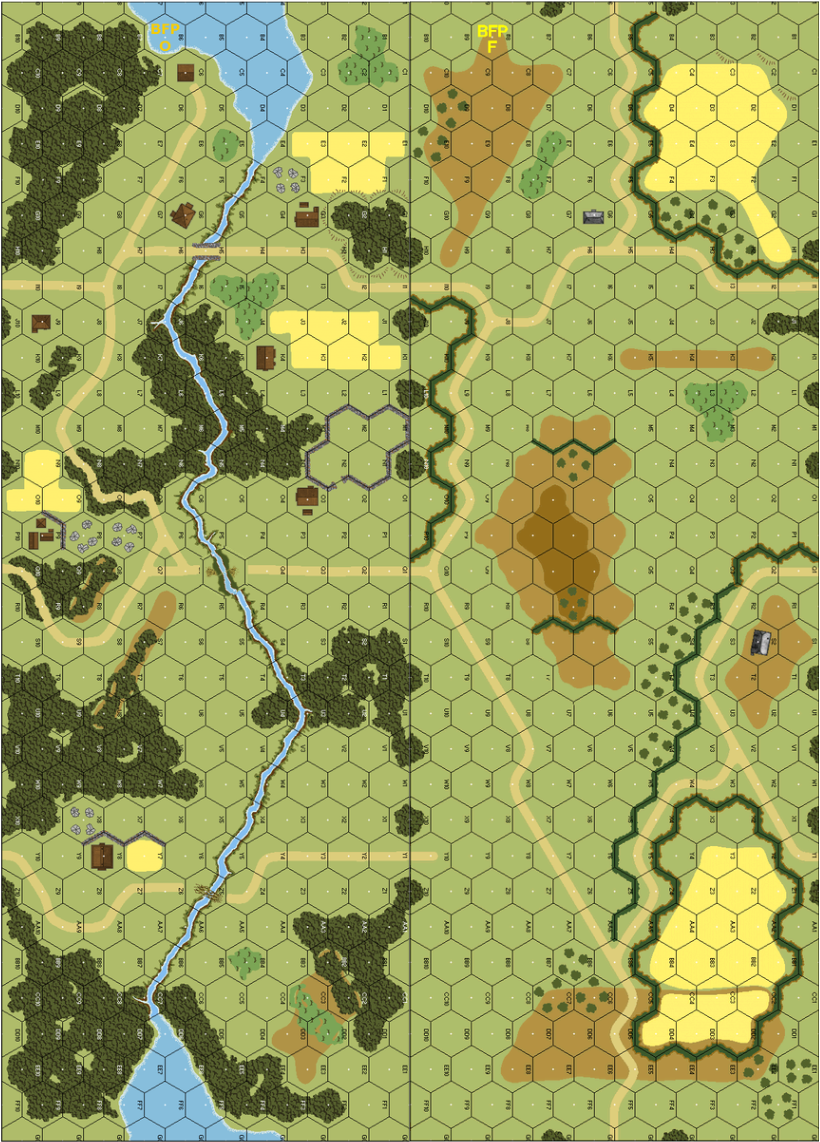 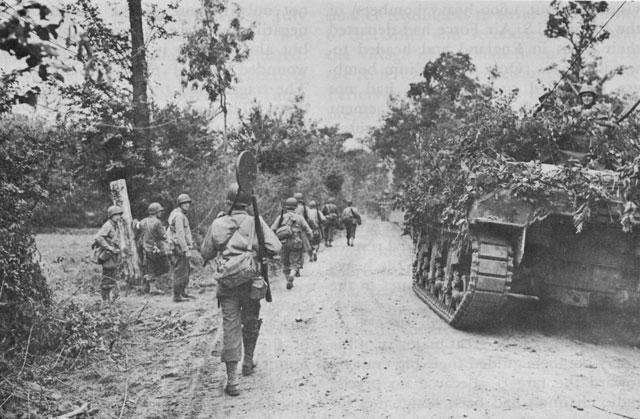 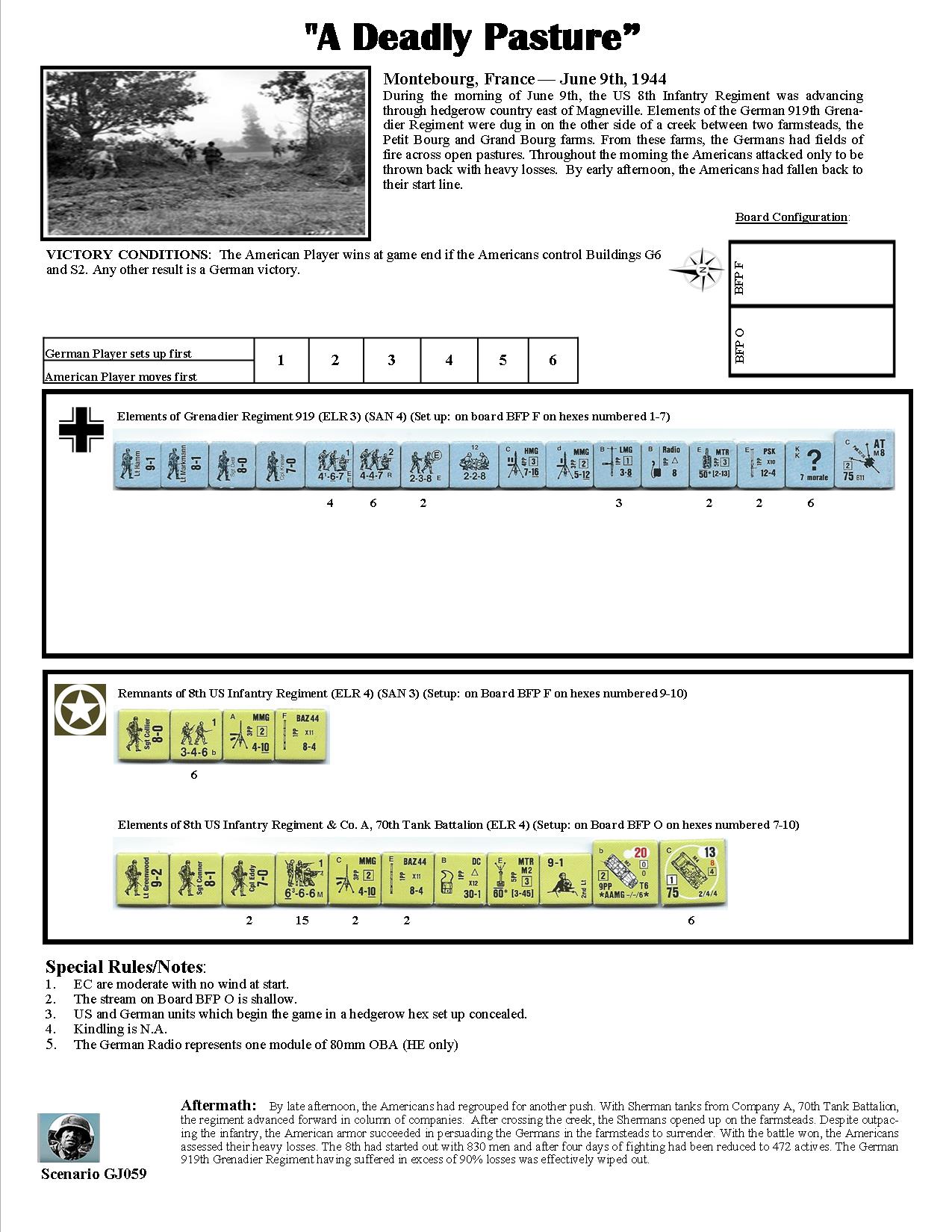