Around 0820 word came to Captain Itagaki, the senior Japanese commander on Corregidor, that several enemy boats and landing craft were seen assembling near the town of Mariveles along the south coast of Bataan. Itagaki, along with a few officers and a small guarding party, hurried to an observation post near Breakwater Point to see for themselves and make plans to repel the amphibious assault. The constant pounding of Topside by American air and naval forces covered the sound of the dozens ofC-47's flying overhead. Little did the Japanese commander know that two crucial events would soon drastically alter the defense of his island fortress. With strong winds of 25-30 mph and diminutive drop zones, it was inevitable that some paratroopers would be blown out near the steep cliffs. A group of about thirty Americans suffered that fate near Breakwater Point. After they unhooked from their chutes they walked back up towards Topside. While doing so they spotted several Japanese nearby scanning out towards Manila Bay with binoculars. Totally unaware of the paratroopers' presence, Captain Itagaki and his party were soon caught up in a deadly firefight.
Attacker: American (503rd Regimental Combat Team)
Defender: Japanese (HQ Unit, Manila Bay Entrance Force) 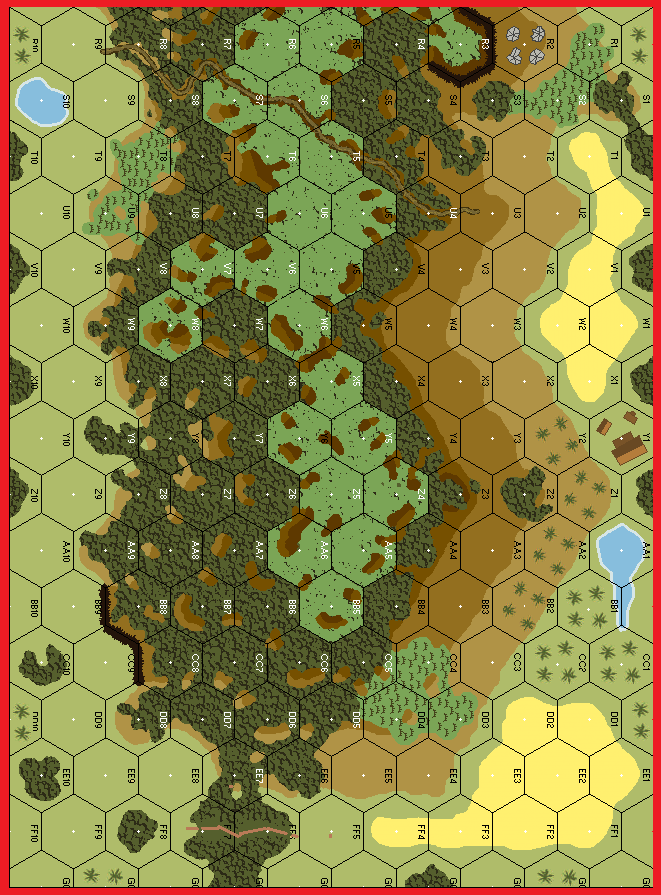