Beginning around 0200 hours, LT Endo gathered together as many men in the areas of Cheney Ravine and Wheeler Point as he could. At the prearranged signal, the Japanese came pouring out of their caves and underground bunkers. Their aim was to swing southeast around Battery Wheeler, then turn north and charge across the Parade Grounds and retake the Topside Barracks. The Americans, who had withdrawn most of their forces to a close-in perimeter around the Topside Barracks, were only able to snatch fleeting glimpses of the Japanese as they emerged from the shadows like ghosts. If the Japanese were to succeed in their mission, then the Americans' situation on Corregidor would become extremely dangerous.
Attacker: Japanese (Lt. Endo’s Artillery Battalion and attached IJN units)
Defender: American (Elements of 2nd and 3rd Battalions, 503'o Regimental Combat Team) 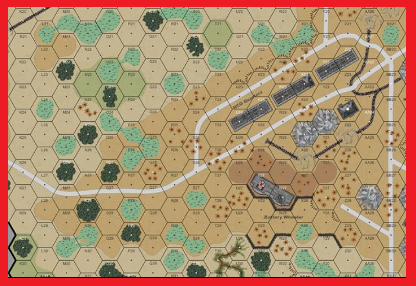