The massive Japanese banzai charge led by Lt. Endo had reached its climax just after sunrise. By then the Japanese had entered the west end of the Topside Barracks where Colonel Jones had his command center and the Regimental Aid Station. The clerks, cooks, messengers, medics, orderlies and staff members armed themselves and took up positions in doorways, windows and stairwells. Even the lightly wounded were pulled from their beds and given carbines and pistols to defend themselves, as no quarter could be expected should the Japanese break through.
Attacker: Japanese (Lt. Endo’s Artillery Battalion, Manila Bay Entrance Force)
Defender: American (HHC, 503rd Regimental Combat Team) 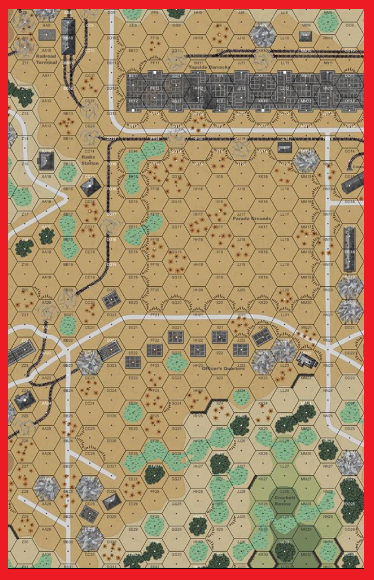