The objective for Major Braun and his men was to capture the fuel tank complex and penetrate to the shoreline of the Volga itself. Though Major Braun and his men had briefly reached the fuel tanks on 2nd November, they had been ousted by a counterattack of the 241st Rifle Regiment, which had exhausted the last of its reserves in repulsing the invaders. Watching now from various jump off points in the work halls to the west of their objective, Major Braun observed the last of his preparatory artillery fire impact Russian positions in the early dawn light. Escorted by several supporting assault guns, Braun ordered his men forward, and almost immediately several of his soldiers fell to the well-aimed rounds from enemy snipers. . .
Attacker: German (Infanterie-Regiment 576, Infanterie-Division 305 and Pionier-Bataillon 294 with Sturmgeschütz-Abteilung 244)
Defender: Russian (241st Rifle Regiment, 95th Rifle Division) 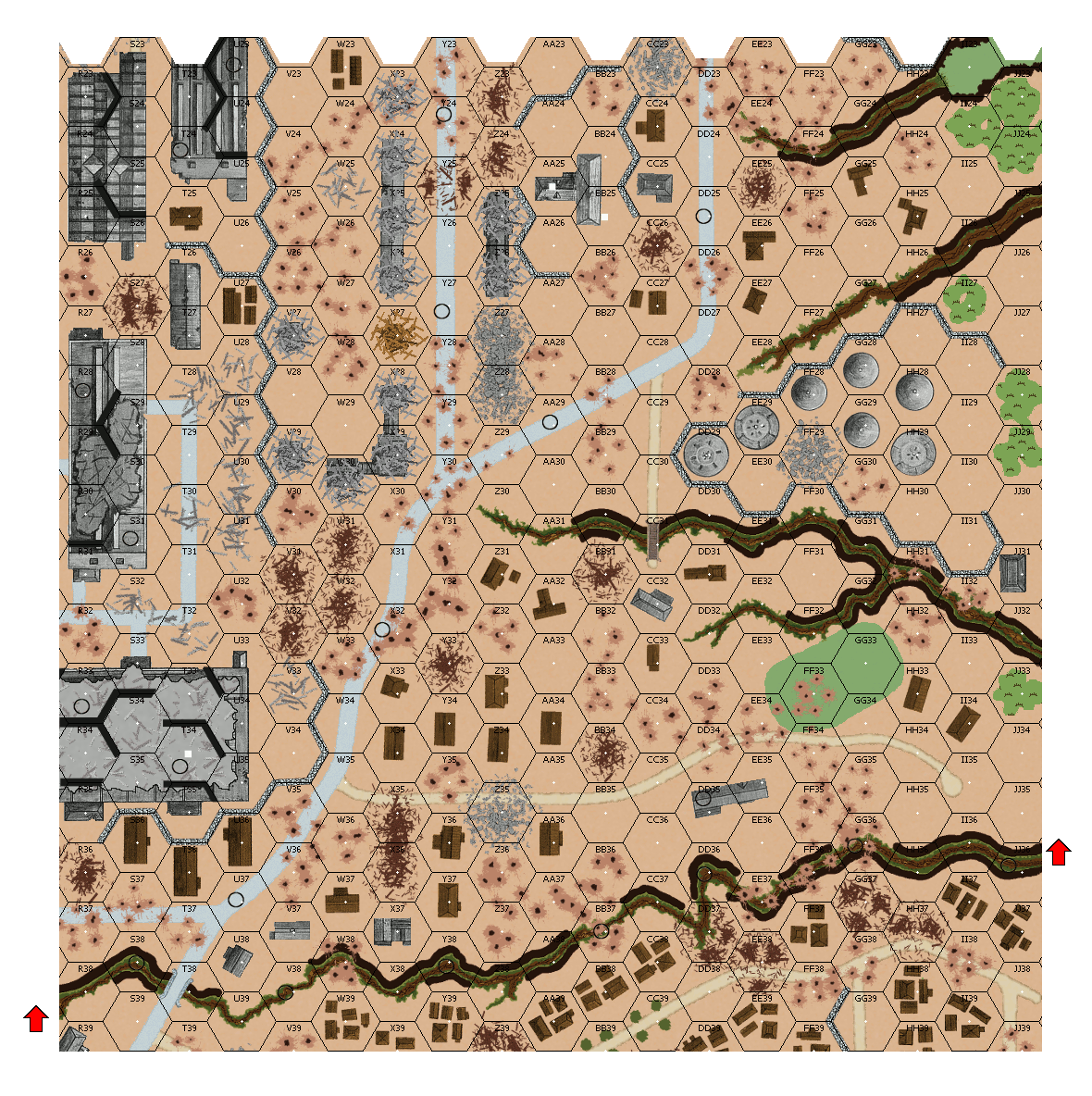