At 13:00 hours, Major Bricart, the commanding officer of the 5th Company, received orders for the 1er Régiment de Chasseurs Ardennais to hold their positions in Bodange for as long as possible. Shortly after 14:00 hours, the position on Stein Hill fell and German forces were beginning to encircle the village to the north and the south. At his command post just outside of Bodange on the road to Fauvillers, Major Bricart waited for an order to withdraw his company.
Attacker: German (Schutzenbatallion 3, Panzer Division 1)
Defender: Belgian (2nd Battalion, Regiment de Chasseurs Ardennais) 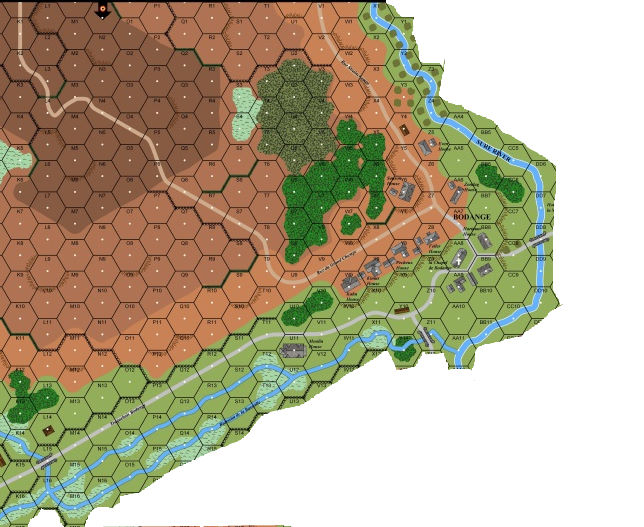