The week after D-Day, the 2nd Infantry Division was still not ready for the atatck on Hill 192. According to Captain Henry Caulder, a battalion adjutant in the 23rd, the officers leading the attack had not personally reconnoitered the ground and their briefing was conducted well to the rear where they could not see the objective they were about to attack, Added to this was the fact that Colonle Hurley Fuller, commander of the 23rd Infantry Regiment, believed that the M-1 Garand rifle wasted ammo and thus had his entire regiment equipped with the accurate but slower-firing Springfield rifle.
Attacker: American (23rd Infantry Regiment, 2nd Infantry Division)
Defender: German (Fallschirmjäger-Regiment 3, Fallschirmjäger-Division 3) 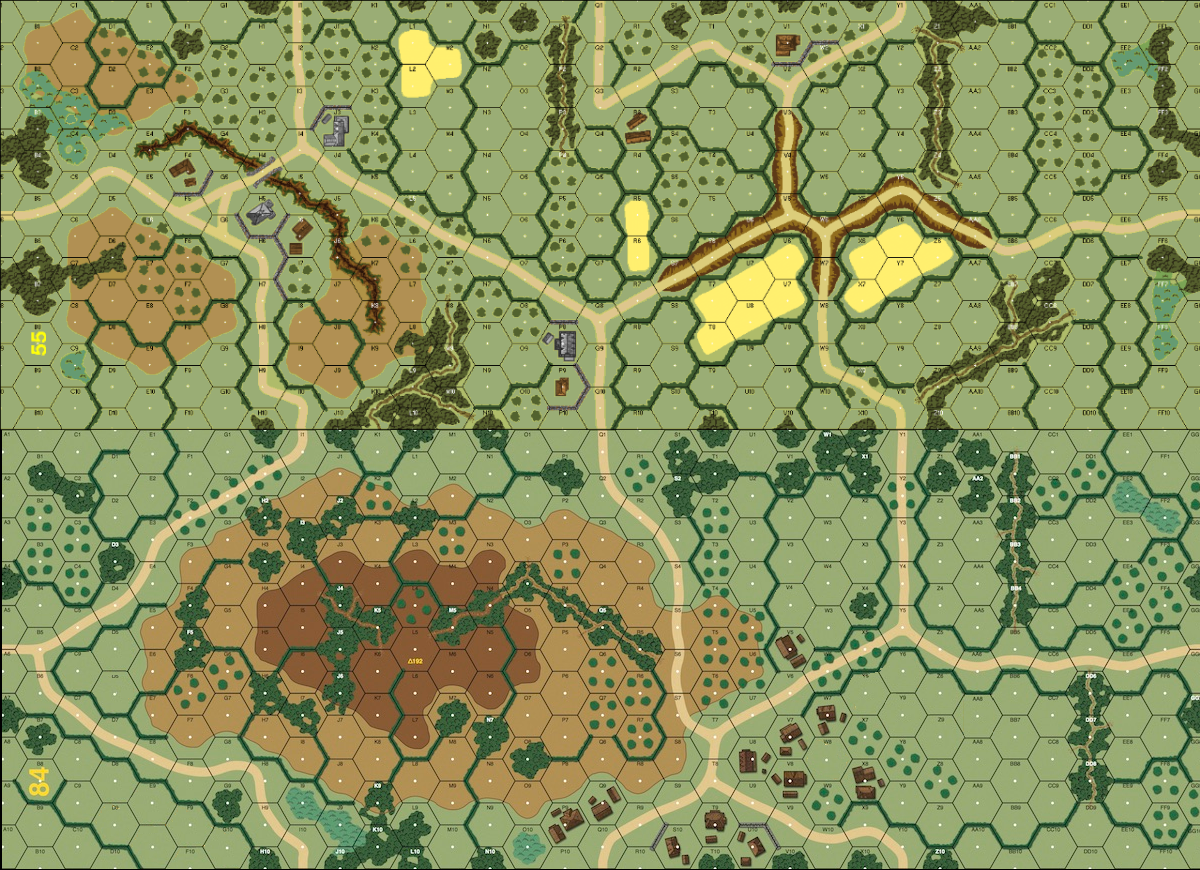