With the breakout of Patton’s 3rd Army and the American capture of Avranches , Hitler felt it necessary to launch a counterattack. 3rd Army’s supplies had to come through Avranches. Further to the east, the Americans also controlled the road junction at Mortain. Hoping to get the Americans off, an attack was ordered to recapture Avranches . Operation Lüttich was launched on the morning of 7 August. North of Mortain was the town of St. Barthélemy, which lay right in the path of the attacking SS-Panzer Divisions 1 and 2. With the town engulfed in a thick fog, Panzer-Division 2 attacked from the north and northeast while the SS divisions attacked from the south and southeast. The American 30th Infantry Division repulsed the initial attack on the town but the Germans regrouped for another assault.
Attacker: German (SS) (SS-Panzer-Division 1 "Leibstandarte Adolf Hitler" and Panzer-Division 2)
Defender: American (Companies A and C, 117th Infantry Regiment, 30th Infantry Division and 823rd Tank Destroyer Battalion) 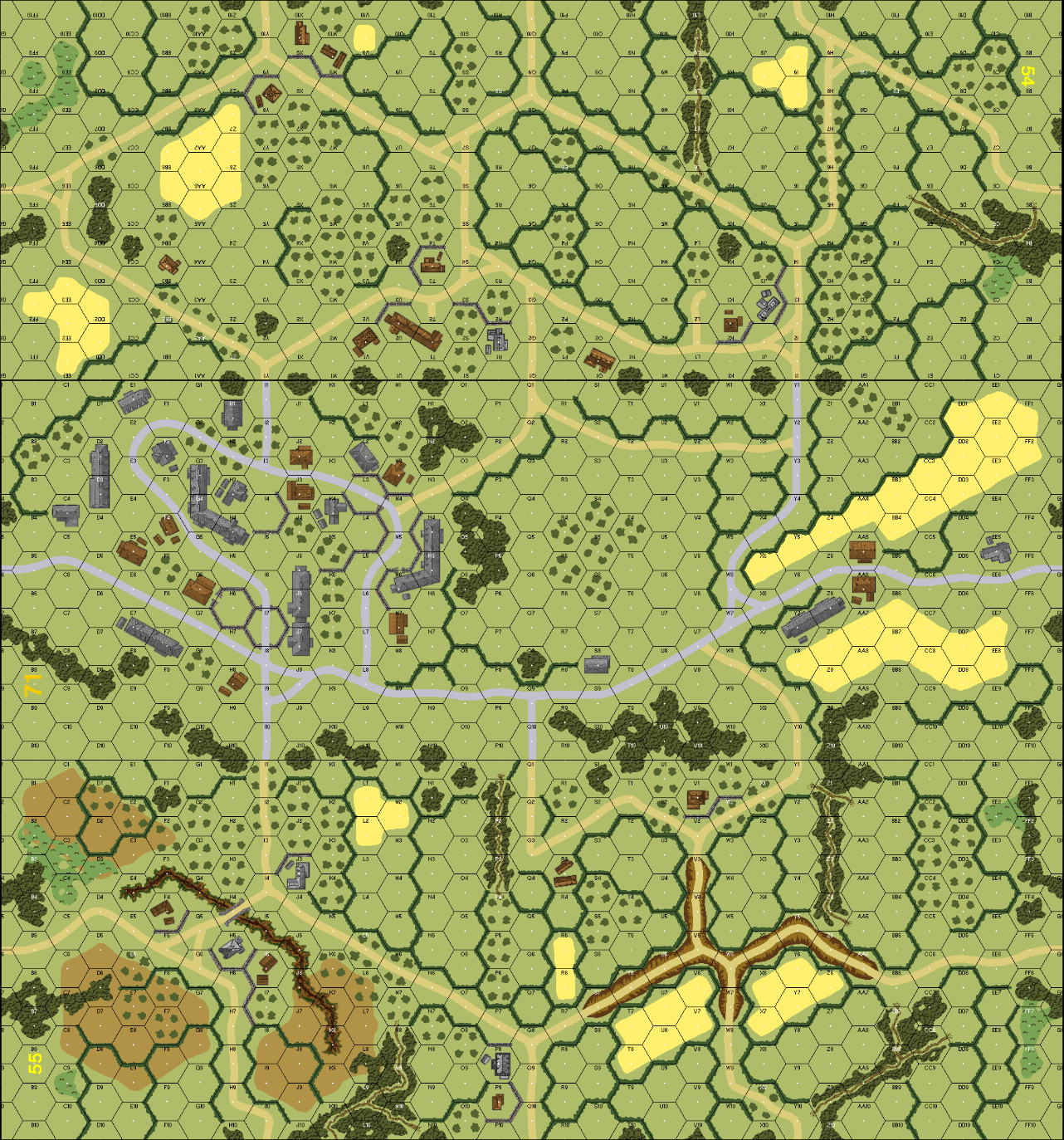