On the evening of July 11th, shortly after the Invasion of Sicily (Operation Husky), German Lt. Goldschmidt and his platoon of Tigers joined forces with Cpt. Weber and a hundred unaccounted grenadiers of the Herman Göring Panzer Division. Headquarters ordered them to proceed westward along highway 115 toward Gela. Their mission was to link with the HG Panzer Regiment coming in from the north in an attempt to push the American's back to the beaches near Gela. Hiding in the foothills overlooking Ponte Dirillo were elements of the 82nd Airborne Division waiting to pounce from captured pillboxes.
Attacker: German (Hermann Göring Panzer Division)
Defender: American (82nd Airborne Division / 45th Infantry Division) 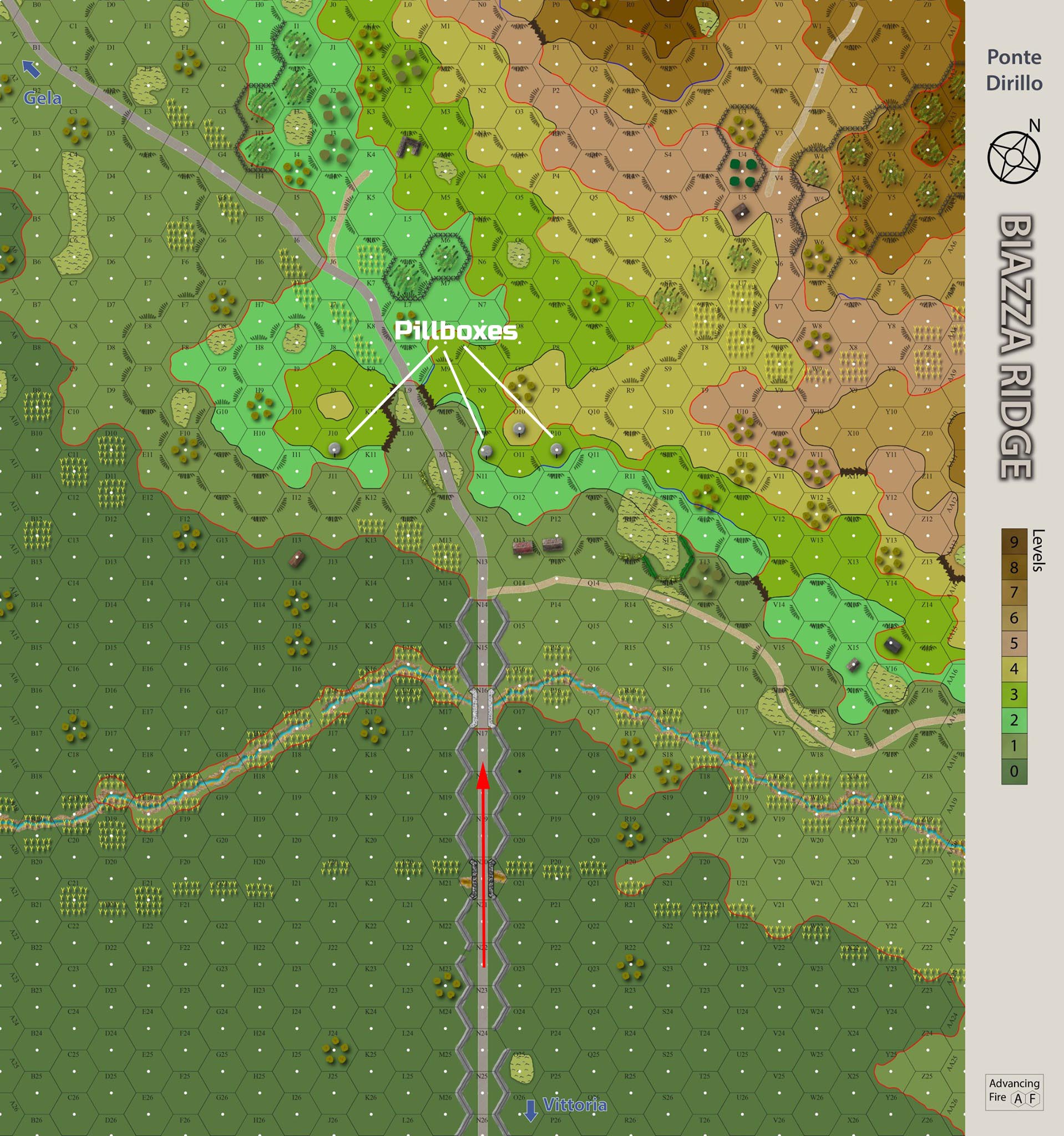 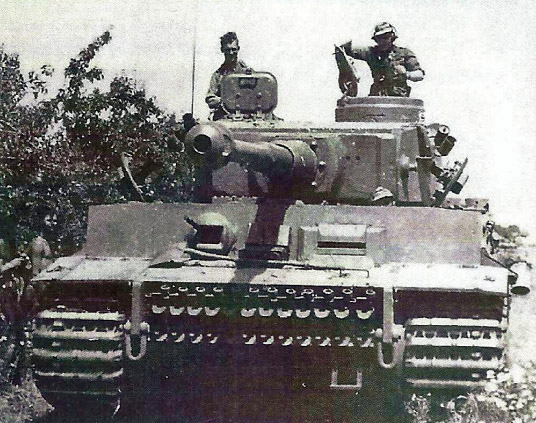 A Tiger in Sicily (scenario image) 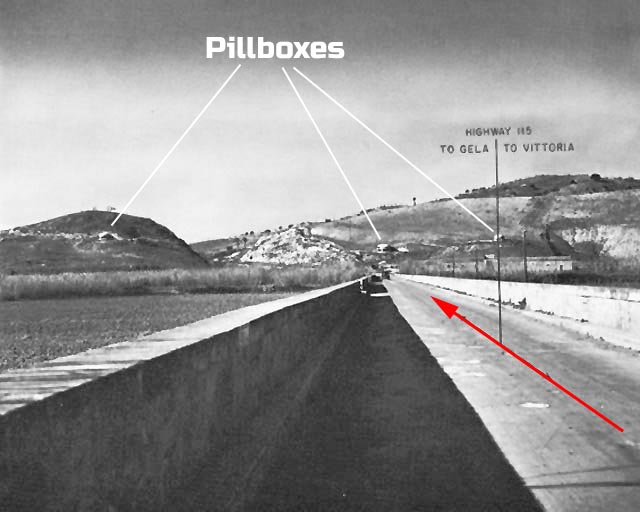