At the same time the 53rd Division was fighting it out in the Rethem area, the intensity of the action picked up to the south-east where 11th Armoured was still struggling to secure the bridgehead over the Aller River. Aggressive German counter-atatcks kept British planners off balance, the marines of Kompanie 1./2 hit back first. Then marines of Kompanie 3./2, using cover of woods to move up, struck 3 Commando and were only held off by artillery support from 1st Mountain Regiment RA. The Germans had the initiative and Brigadier Mills-Robert wanted it back in his hands. To make this happen he turned to his ace in the hole: 24 year-old Lt. Col. Tony Lewis, 6 Commando, in reserve within the bridgehead. 'Tony--take the bridge-- Out!' Lewis moved his men up using a drainage ditch for cover, attacking without artillery support. The commandos fixed bayonets, and as one, 450 men rose to the top of the bank, shouting, blowing horns. . .and charged.
Attacker: British (Elements of 6 Troop, No. 6 Commando, 1st Commando Brigade)
Defender: German (Elements of Kompanie 3. Marine Fusilier Batallion 2 and Festungs PaK Kompanie and Batterie I, RAD FlaK-abteilung 521) 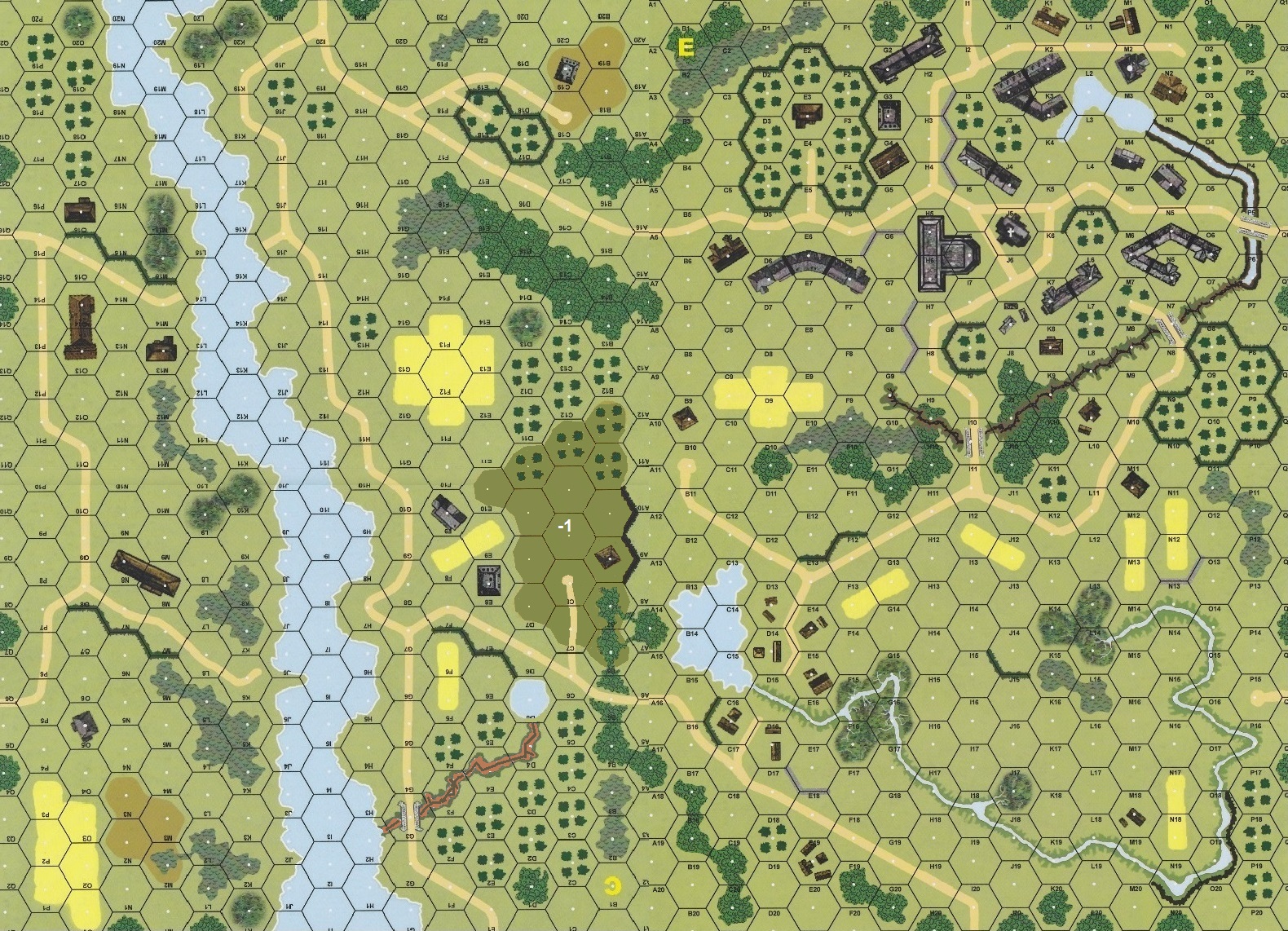