As the 53rd Division fought to increase their hold in the north, the 11th Armoured Division was engaged to the south, with inroads made on 13 April and a cessation of enemy counter-attacks. Consequently, bridging operations saw progress, patrol came back with news of an enemy withdrawal, and the 46 (RM) Commando was ordered forward to grab Hademstorf. The idea was to halt any observation of the bridge site from its buildings by artillery observers. Hademstorf was held by elements of two companies of SS-men and two imposing Elefants. A two-pronged attack was laid in, but ran into trouble in the woods as it pivoted north to head for the village outskirts. The Germans were well-concealed and well-supplied with automatic weapons and ammunition for them.
Attacker: British (46 Commando RM)
Defender: German (2nd Marine Infantry Division) 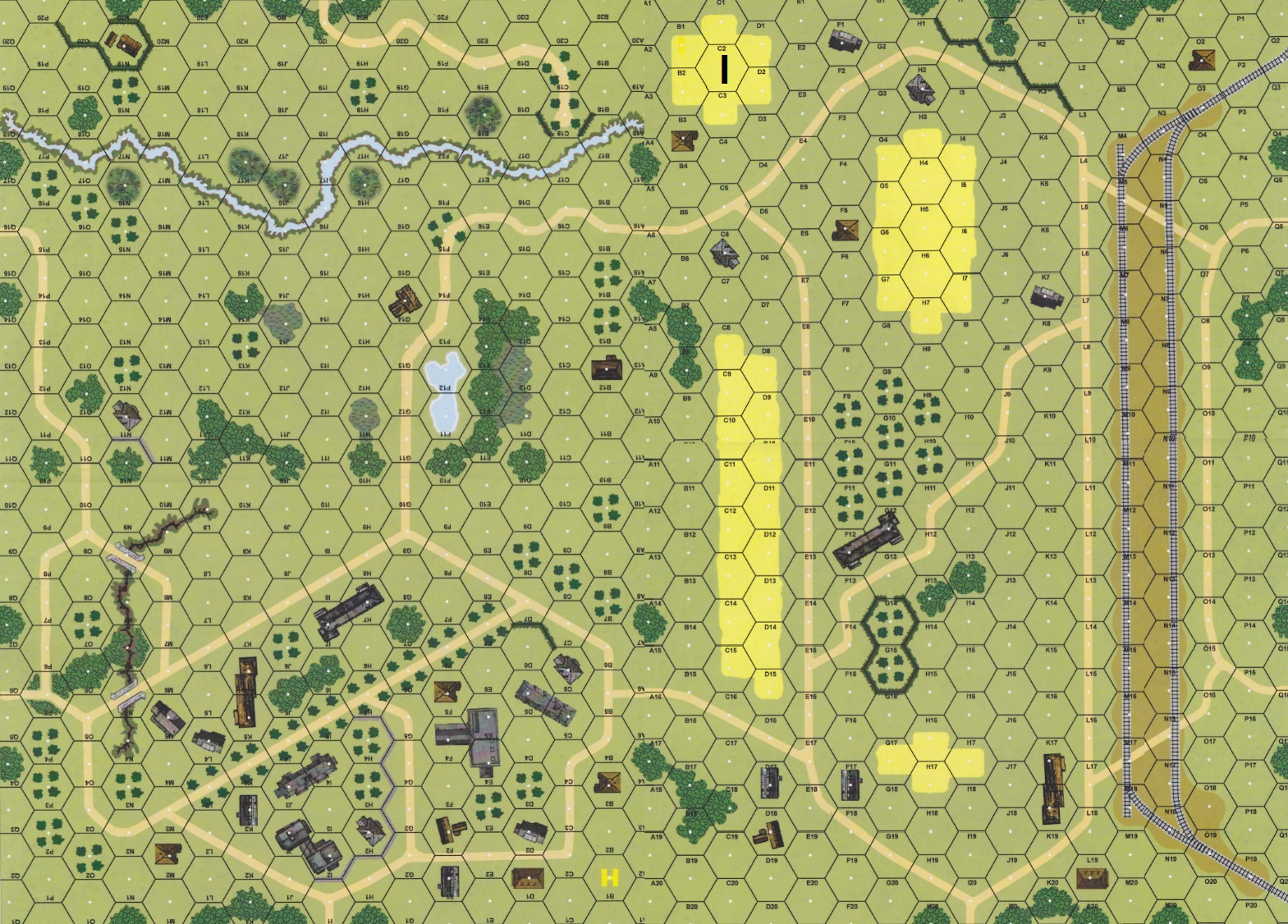