Finally clearing the Potsdam Railroad Station, the 79th Guards Rifle Division reached the Muenchburg Panzer Division's headquarters located in the underground station under the Potsdammer Platz. Guarding the entrances was the crippled King Tiger commanded by Unterscharfuhrer Turk. With its drive train damaged this tank could barely move but the 88mm gun was still able to deal death. Between the fire from Turk's tiger and the headquarters troops firing from the fortified entrances to the station the Red Army was unable to clear the plaza. The SS had set off explosives in the tunnels to block an attack from underground. Not making any progress the 79th halted the attack to re-group. Out of ammo and unable to move Turk and his crew abandoned the tiger and slipped into the rubble. Getting another tiger Turk would again see action during the break-out two days later. With the massive German tank out of action the 79th was able to clear the plaza on May 1st.
Attacker: Russian (79th Guards Rifle Division)
Defender: German (Elements of Panzer Division "Müncheburg" headquarters) 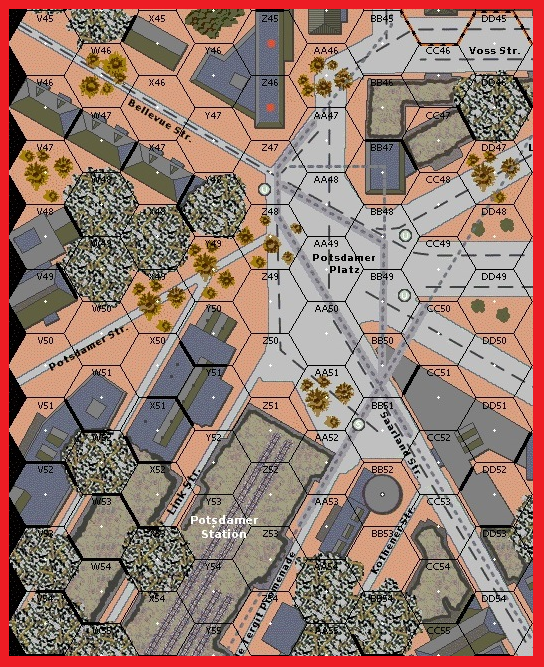