Once the Landwehr Kanalline had been breached the next assignment for The 9th Rifle Corps was to capture the Anhalter Railway Station. Moving up Saarlandstrasse the first echelon encountered stiff German resistance coming from the fortified Cristus Church and the nearby post office. As these positions were being reduced the 11th SS Panzer Grenadier Division launched a counter attack supported by some of the last running King Tiger tanks in Berlin. Supported by the 92nd Guards Tank Regiment the Soviet troops were able to defeat the counter attack. The German tanks crawled back into the rubble and the 9th Corps reached the station.
Attacker: Russian (9th Rifle Corps)
Defender: German (SS) (11th SS Panzer Grenadier Division) 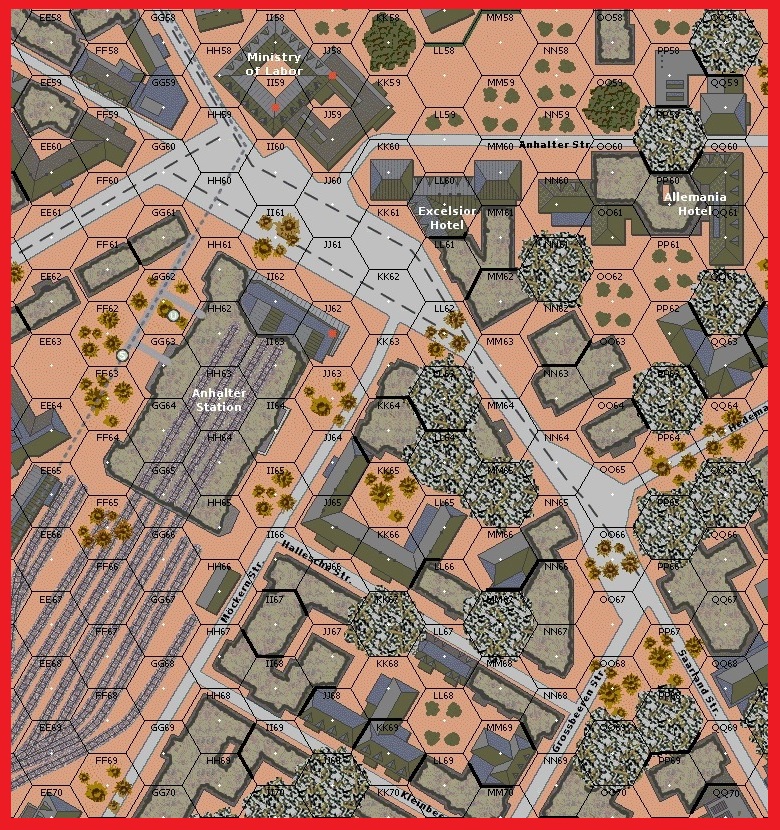