After the sturm battalion fell back to the second line of defense at Puttkamerstrasse, the Red Army captured the block east of Freidrichstrasse and threatened the flank of the new line. In order to straighten the line a force of internal security troops that had been recently sent to reinforce the French were ordered to counter-attack the Soviet bulge. As the riposte was developing, the French company commander Rostaing, spotted a heavy Joseph Stalin tank coming up the Freidrichstrasse. Waiting until the tank was at point-blank range he and four other men fired panzerfausts at the steel monster, destroying it totally. The counter-attack succeeded in restoring the line but without any heavy weapons the victory came at a high cost. Many more Germans lay dead in the street or buried in the rubble.
Attacker: German (SS) (Sturm Battalion SS Charlemagne)
Defender: Russian (5th Shock Army) 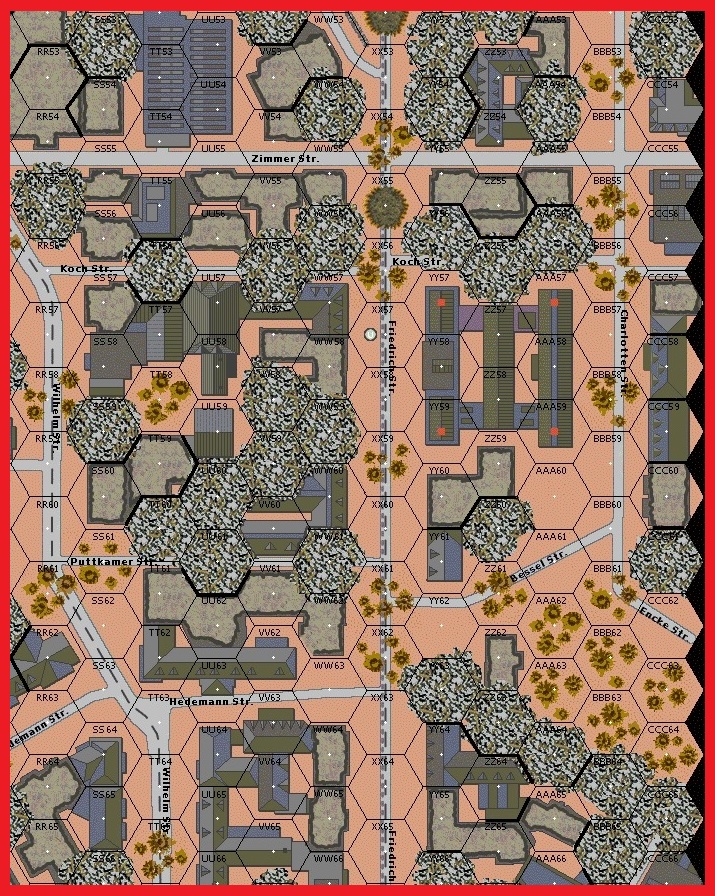