"Lost Victory" --- On 30th January 1944, the troops of the US VI Corps were trying to advance and improve their positions in the Anzio beachhead. Unfortunately, the opportunities which had been presented the week before, at the outbreak of Operation Shingle, had by now disappeared. Instead, the German army now stood behind a solid front, and in the words of Hitler, was now planning to eliminate this “abscess south of Rome”. In short, when on the evening of the 29th, the 24th Guards Brigade of the British 1st Infantry Division launched a preparatory attack to prepare for the main assault upon Campoleone, it faced violent resistance. The German reaction inflicted heavy losses to the Guards. At dawn of the 30th, the brigade was still holding its positions with difficulty, when a small unit would win a surprising success… Victory Conditions: The Allies win, if at game end, there is < 1 MMC/Equivalent (Vehicle Crews NA) Good Order German unit in a building, having inflicted more CVP than suffered.
Attacker: Allied (Elements No.3 Company, 1st Battalion, Irish Guards & C Company, US 894th Tank Destroyer Battalion)
Defender: German (Elements 65th Infantry Division) 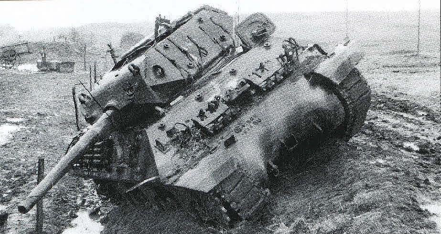