The German assault into the city initially succeeded in pressing back some posts of the 2nd Royal Ulster Rifles to the railyards. A counterattack by the 1st King’s Own Scottish Borderers managed to drive the Germans back from the railyards, re-establishing the British lines and forcing the Germans to halt their assault in order to bring up fresh troops.
Attacker: British (King's Own Scottish Borderers)
Defender: German (53 Schutzenregiment) 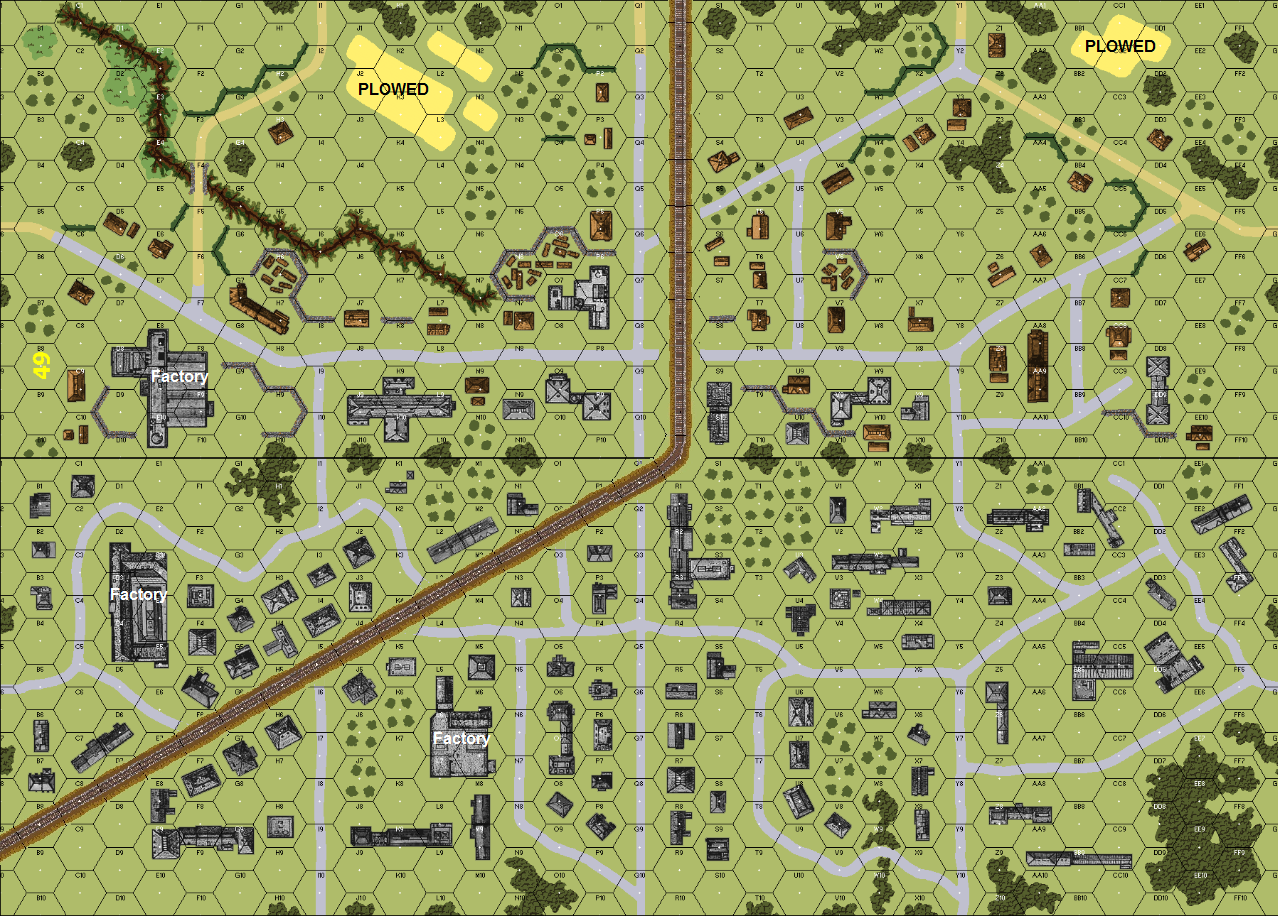