Six weeks after Operation FORAGER crashed ashore on Saipan, American commanders turned their attention to the liberation of Guam. Two points on the island's eastern shore were selected for the initial beach landings. The assault force comprised the 3rd Marine Division (3rd, 9th, and 21st Marines) reinforced by the 1st Provisional Marine Brigade (4th and 22nd Marines) and the Army's 77th Division. On 21 July, the first waves of LVTs stormed the beaches close behind a thunderous naval barrage and bombing by swarms of U.S. Navy and Marine aircraft. The Japanese, for their part, were ready for the onslaught, and caused considerable delay to American efforts at consolidating the twin beachheads into one. By D+5 the Orote Peninsula was the last Japanese stronghold on the eastern side of the island. The 4th and 22nd Marines were ordered to attack the peninsula and seize Orote airfield, as well as the old Marine Barracks, abandoned since the Japanese invasion in December 1941.
Attacker: American (USMC) (22nd Marine Regiment, 1st Provisional Marine Brigade)
Defender: Japanese (54th Naval Guard Force) 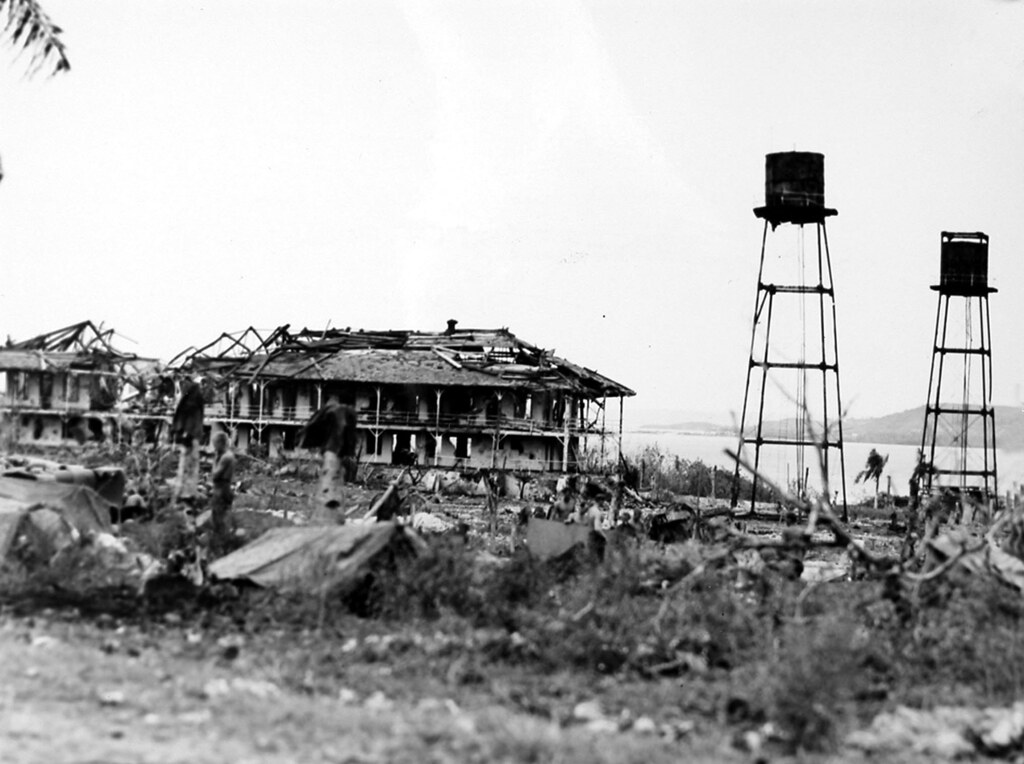 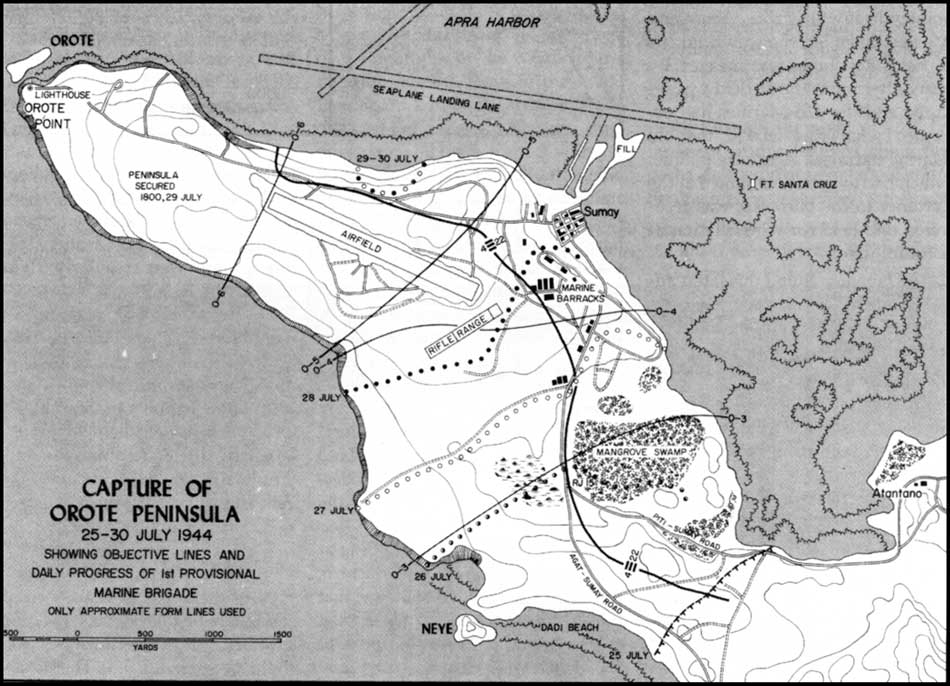