Following a series of bloody and sobering reverses days earlier, the 32nd Infantry Division would once again make an attempt to attack towards the Buna Mission (actually the Government Station). Incumbent within this mission was the another attempt at the seizure of a new airstrip located just to the south of the Duropa Plantation. It was the now the job of the 126th Infantry, initially made up from a Michigan National Guard unit, to capture “The New Strip” to hopefully flank the defenders held up in the plantation area to the north. After a difficult move in the rain at night thru swamps and jungle to their jump-off positions, the G.I.s would attack early in the morning with very ineffective supporting fires against a well dug-in and almost invisible enemy.
Attacker: American (32nd "Red Arrow" Division, 126th Infantry Regiment)
Defender: Japanese (144th Infantry Regiment) 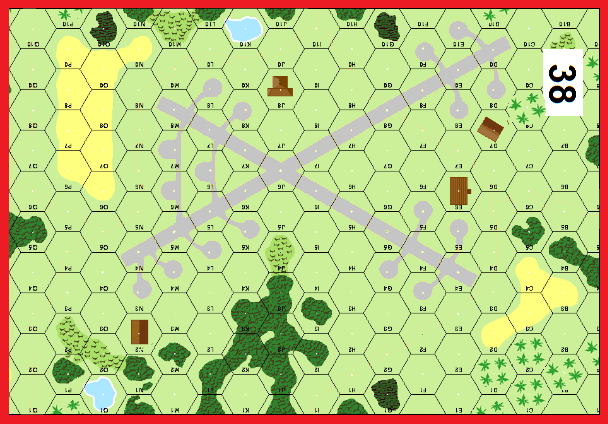 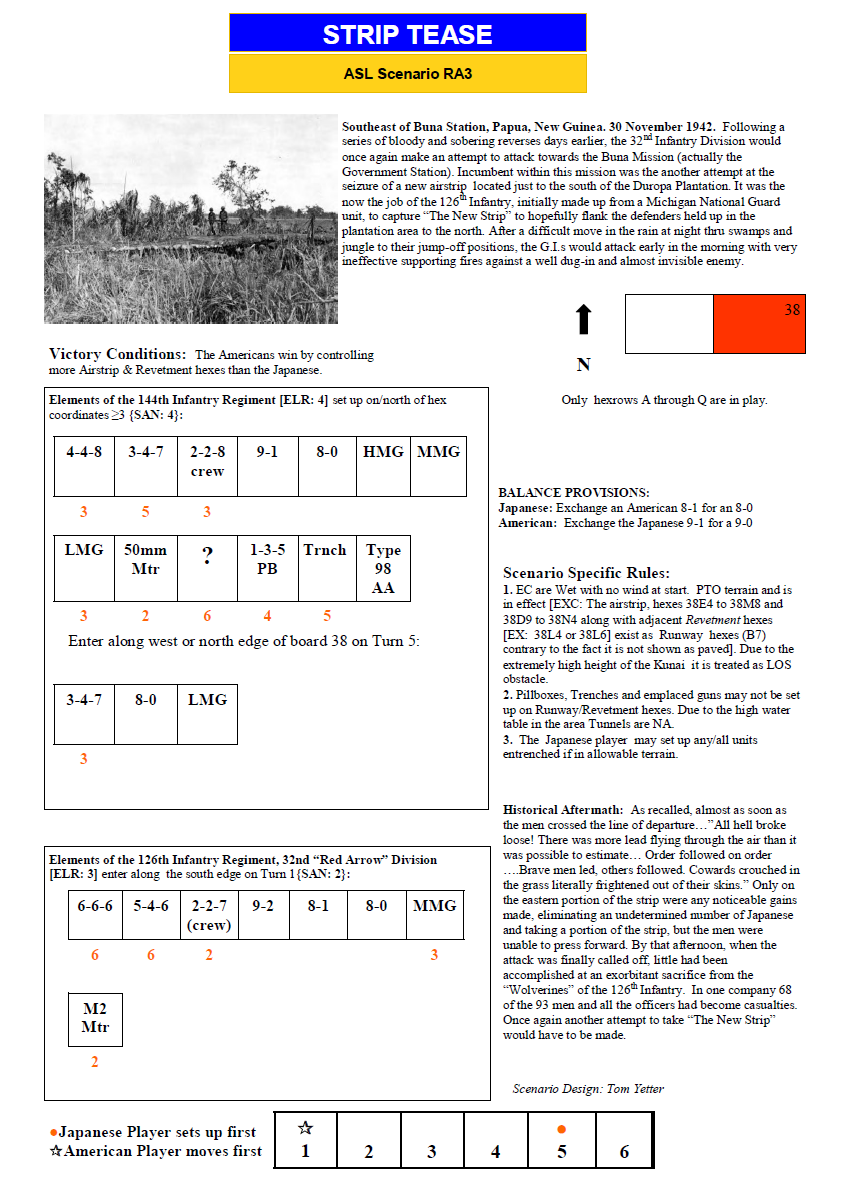