The main attack on the Legion's position was on the 27th of May. A first assault at 5 o'clock was stopped cold but nevertheless, some German soldiers managed to infiltrate the loosely held French defense line. In a clearing several hundred meters beyond the French front, two German officers managed to gather some German soldiers and were getting ready to attack the second line from behind.
Attacker: German (Infanterie-Regiment.211, 71.Infanterie-Division)
Defender: French (11ème Régiment Etranger d’Infanterie) 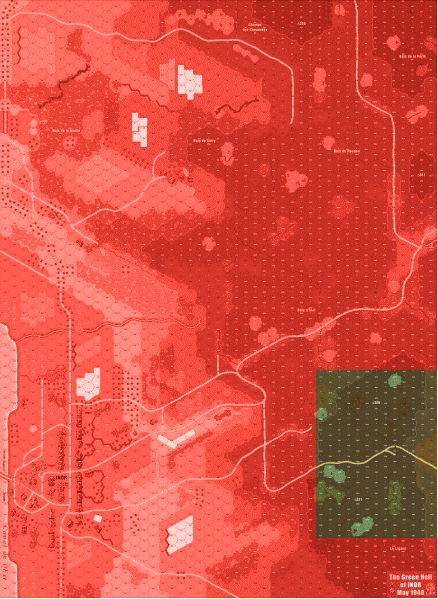