In November of 1942 the 32nd "Red Arrow" Infantry Division was hurriedly dispatched to the northern coast of Papua, New Guinea to assist the Australian 7th Infantry Division in the destruction of what MacArthur's intelligence service assumed to be a few starved and shattered remnants of their forces that had attempted to take Port Morseby. Possessing only a single regiment of his division, short on supplies and jungle experience while possessing but a single 105mm HOW with 6 rounds of ammunition as his divisional artillery, the Division Commander was prodded into an attack near Buna Station by MacArthur. This would be their first taste of battle and the Japanese were more than ready accommodate them....*Scenario card is also available under User Files in PDF*
Attacker: American (1st Battalion, 128th Infantry Regiment, 32nd Infantry Division)
Defender: Japanese (29th Infantry Regiment and 5th Sasebo SNLF) 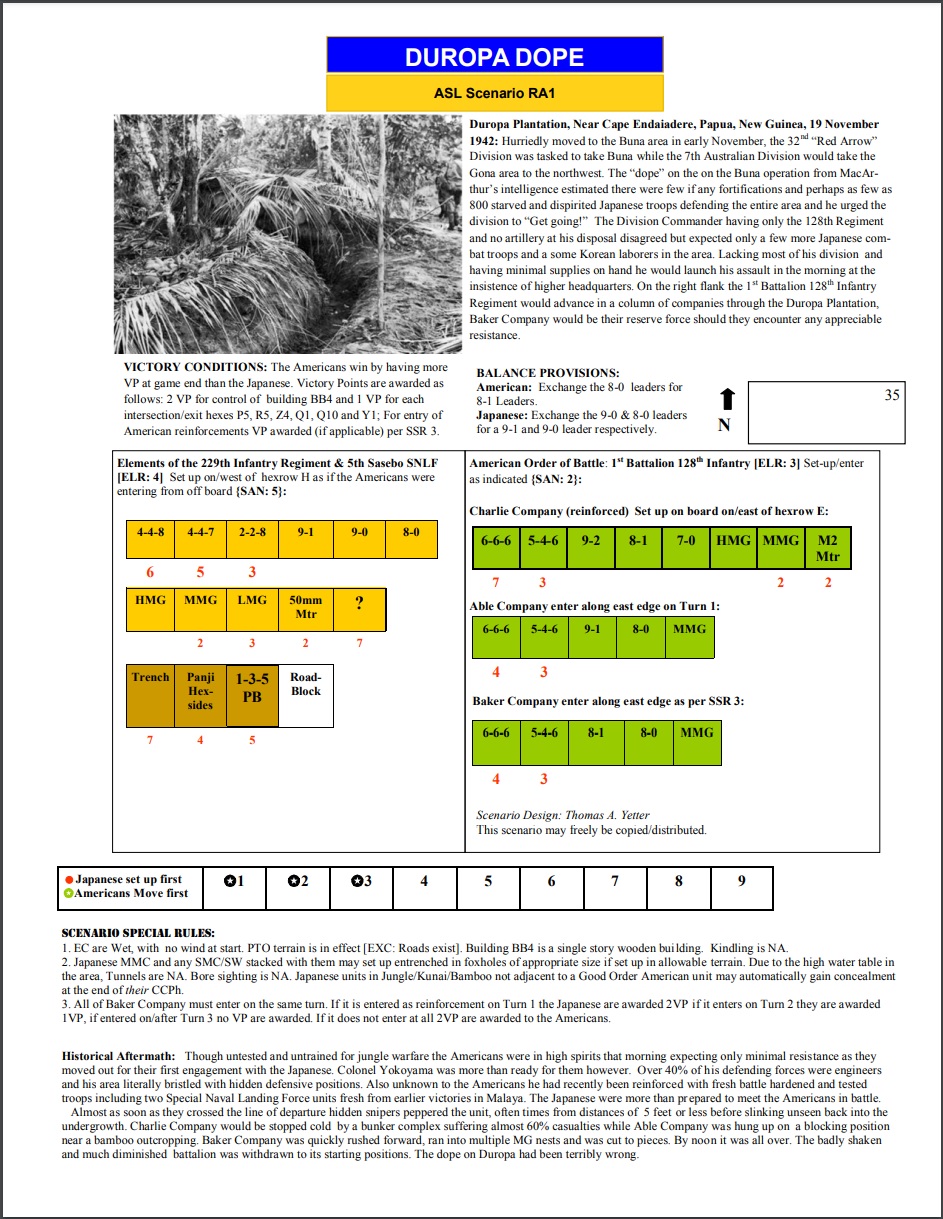