The foundation of Eighth Army's defense was the Alam Halfa Ridge, and the cornerstone of that fuondation was the western spur. By midday the 15th Panzer Division had fought its way to the ridge despite the loss of their division commander. The attack was led by a few Mk IV "specials", whose long-barreled 75mm guns took out severel Grant medium tanks from long range. Just as the 15th Panzer was gaining momentum, however, 5th Royal Tank Regiment was thrown in to stem the assault. -- Scenario 2 of 3 in the Line In The Sand mini-campaign.
Attacker: German (Panzer-Division 21)
Defender: British (3rd and 4th County of London Yeomanry and 44th Infantry Brigade) 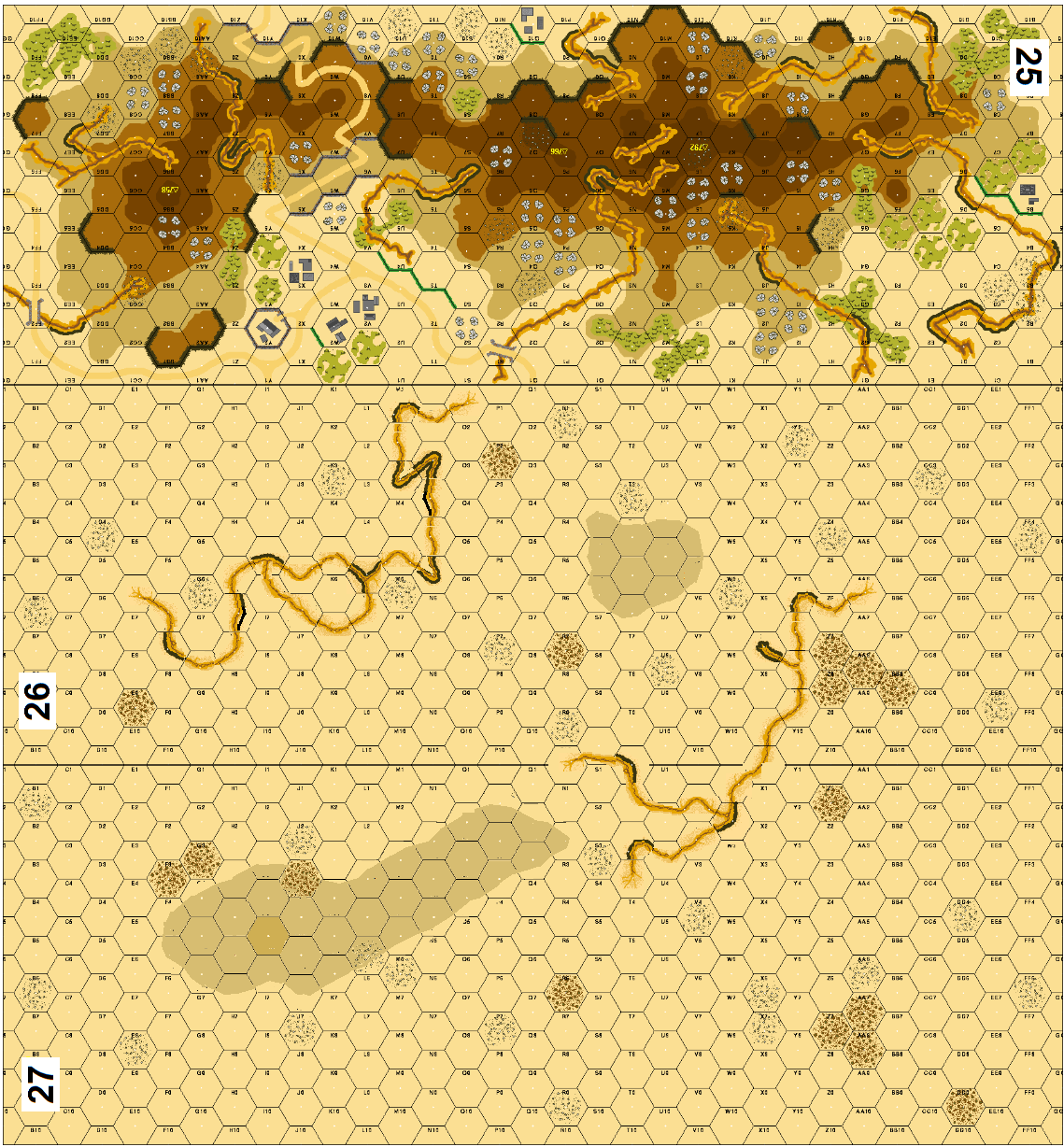 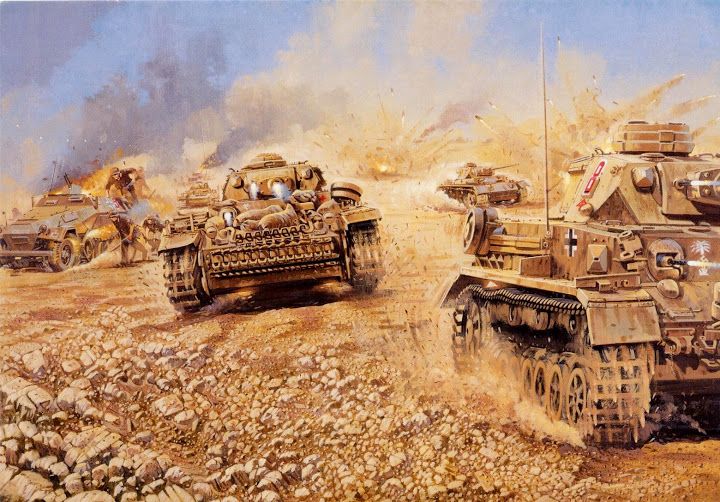